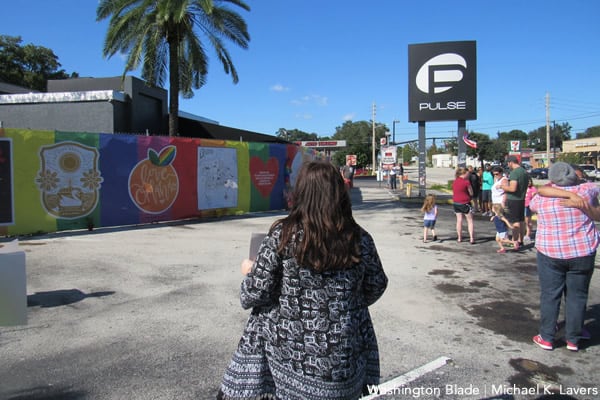 Justice Dept. to give $8.5 million to Pulse nightclub victims

The Justice Department on Tuesday announced it will give more than $8 million to the victims of the Pulse nightclub massacre.

A Justice Department press release says its Office of Victims of Crime will provide $8,466,970 through an Antiterrorism and Emergency Assistance Program grant that will also reimburse costs associated with the center that provided assistance to the victims’ families in the days after the massacre. The Office for Victims of Crime is expected to award the grant to Florida Attorney General Pam Bondi’s office on Wednesday.

“This funding will provide important support to the victims, their loved ones and communities who were affected by last year’s devastating attack on Pulse nightclub,” said U.S. Attorney General Jeff Sessions in the press release. “We continue to mourn those who were taken from us that awful day, and we admire the resilience of the great city of Orlando.”

“With this grant, we reaffirm the Justice Department’s commitment to the people of Orlando, the families of the victims and all who are helping those affected by this heinous crime,” he added.

A gunman killed 49 people and injured 53 others when he opened fire inside the Pulse nightclub in Orlando, Fla., on June 12, 2016. The massacre, which took place during the gay club’s weekly Latino night, is the deadliest mass shooting in modern U.S. history.

Activists sharply criticized Bondi and Florida Gov. Rick Scott for their failure to specifically mention the LGBT victims in the public comments they made in the days after the massacre. President Trump reiterated his call to temporarily ban Muslims from entering the U.S., even though the gunman who pledged his allegiance to the so-called Islamic State in a 911 call he made from inside the nightclub was born in New York City.

Trump earlier this month signed an executive order that, among other things, removed Iraq from the list of predominantly-Muslim countries from which citizens cannot enter the U.S. for 90 days. The 9th Circuit Court of Appeals in San Francisco last month blocked the original travel ban that Trump issued on Jan. 27.

“OVC is committed to assisting the recovery, healing and justice for all victims of crime and this award will help to provide much needed support, emotionally and financially, as they continue to heal,” said Marilyn McCoy Roberts, acting director of the Justice Department’s Office of Victims of Crime, in a statement. “This award will reimburse victim services costs for operation of the Family Assistance Center in the immediate aftermath of the shooting, and ensure that victims, witnesses and first responders receive necessary services to help them adjust in the aftermath of violence, begin the healing process and cope with probable re-traumatization.”