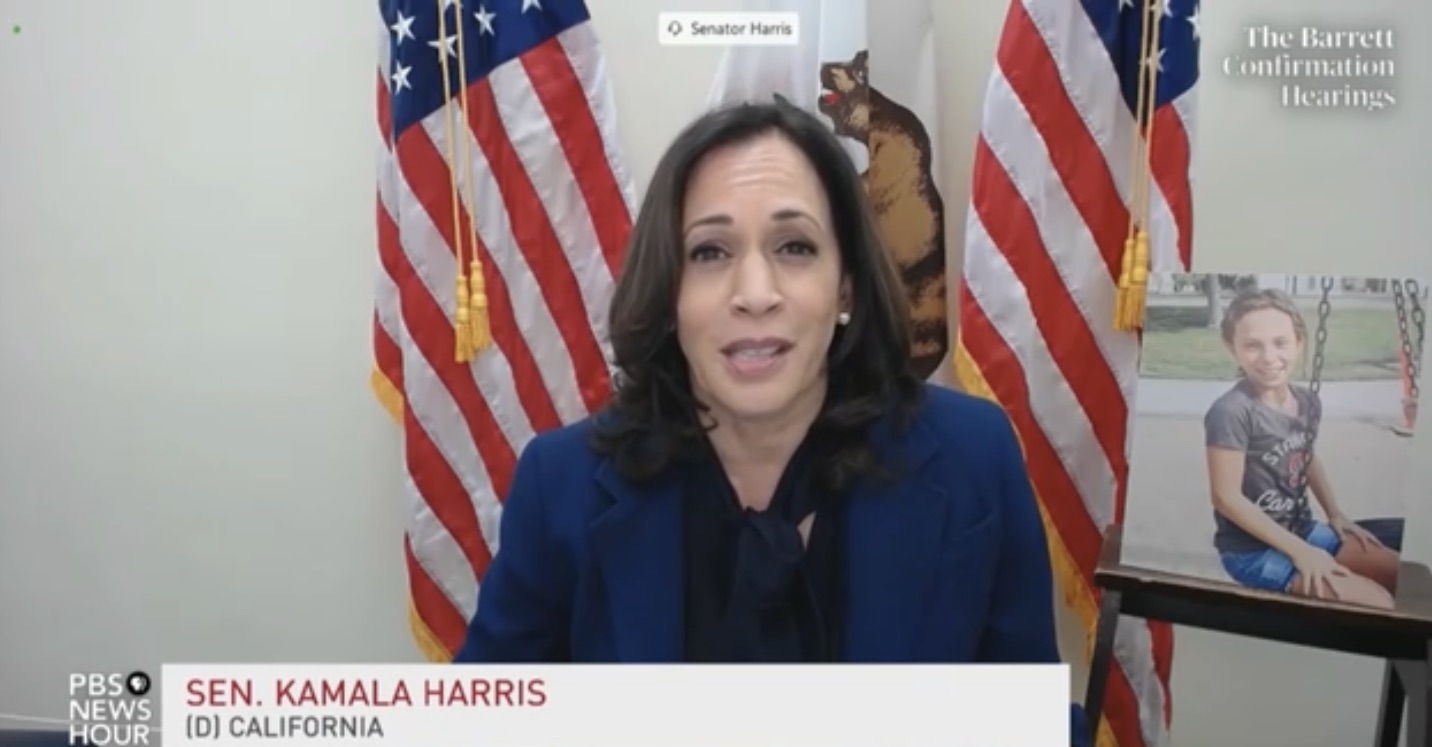 While Harris and other Democratic members of the committee focused on the threat Barrett’s confirmation would have on the Affordable Care Act—which will be either upheld or struck down when the Court hears a case November 10—Harris also noted what else is at stake, citing decisions like “Loving v. Virginia and Obergefell v. Hodges, which recognized that love is love and that marriage equality is the law of the land.”  The former case struck down laws against interracial marriage, and the latter did the same to laws against same-sex marriage.

Barrett has been critical of the Obergefell decision in the past, suggesting that laws on marriage equality should be left to state legislators, not the federal courts.

“Those who want same-sex marriage, you have every right to lobby in state legislatures to make that happen, but the dissent’s view was that it wasn’t for the court to decide,” she said in a 2016 lecture. “So, I think Obergefell, and what we’re talking about for the future of the court, it’s really a who decides question.”

In 2015, Barrett also signed on to a letter to the “Synod Fathers from Catholic Women” saying the co-signers “give witness that the Church’s teachings … on marriage and family founded on the indissoluble commitment of a man and a woman … provide a sure guide to the Christian life.”

Barrett’s confirmation hearings come after conservative Justices Samuel Alito and Clarence Thomas recently signaled their intent to undermine the Obergefell decision. This could mean Barrett, if confirmed, ruling on a potential challenge to marriage equality.