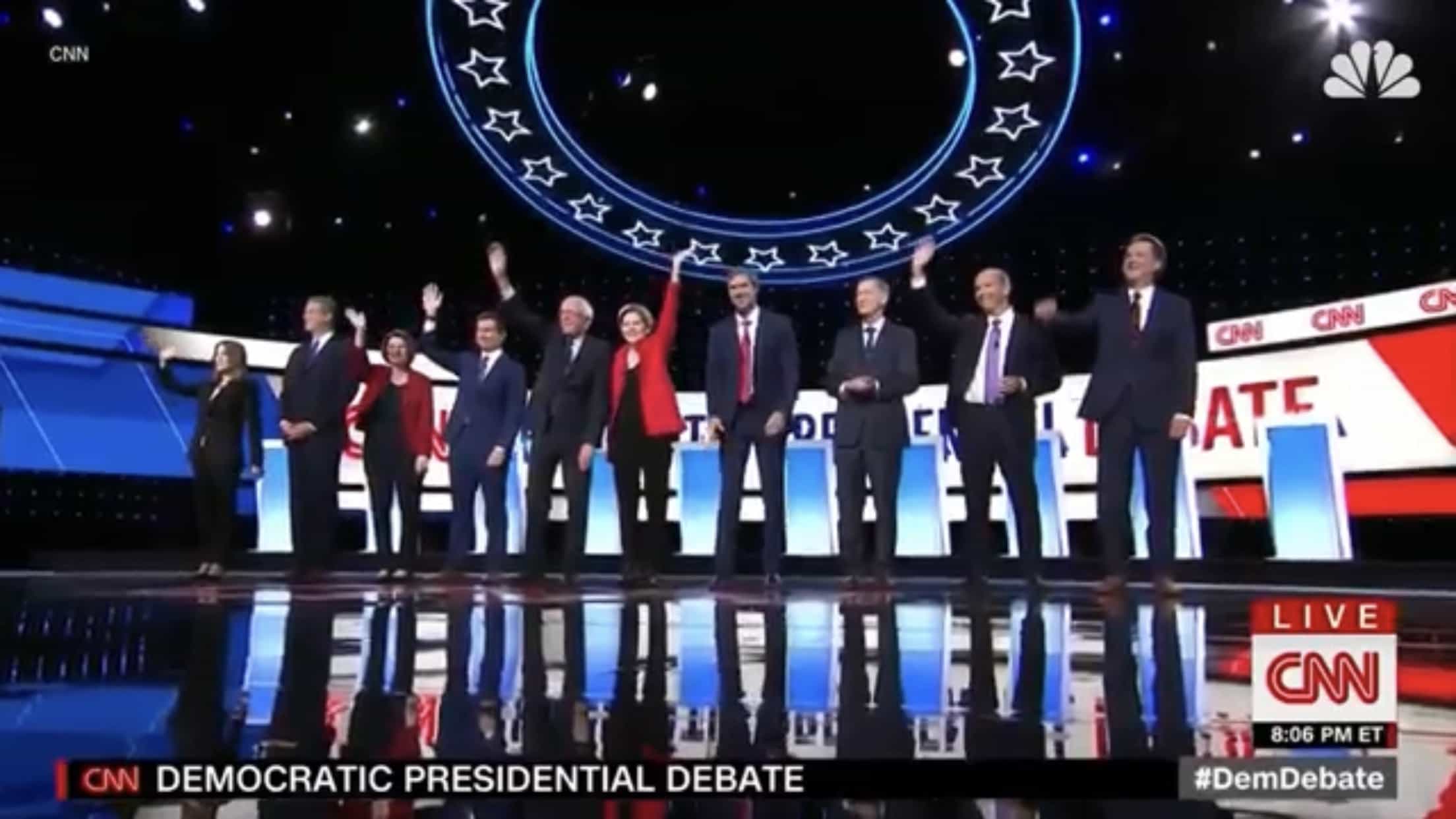 Last night’s second round of Democratic debates brought disappointment to many LGBTQ voters and activists, as not a single mention or question of LGBTQ rights was included in the entire three-hour event.

The ten Democratic participants – Elizabeth Warren, Bernie Sanders, Pete Buttigieg, Steve Bullock, Amy Klobuchar, Beto O’Rourke, John Delaney, Tim Ryan, Marianne Williamson, and John Hickenlooper – touched on a number of big Democratic issues, but LGBTQ rights was not one of them, despite the LGBTQ representation on the stage.

Smh – Unacceptable yet deliberate I wonder. Hopefully this gets called out and questions are asked on might two. #DemDebates #CNNDebate #LGBTQ

The closest thing to even a mention of LGBTQ issues was Sanders calling President Donald Trump a “homophobe” in his closing remarks.

“I’m running for president not just to defeat the most dangerous president in the history of the country,” Sanders said. “A racist and a sexist. And a homophobe. I’m running to transform this country.”

GLAAD called the lack of LGBTQ representation in the line-up of questions a “missed opportunity.”

“Omitting any questions about reversing the dangerous attacks President Trump has made against LGBTQ Americans since taking office is a missed opportunity that must be corrected in tomorrow’s debate and all election coverage,” Sarah Kate Ellis, President and CEO of GLAAD, said in a statement following the debate. “At a time when the Trump Administration tries to erase the LGBTQ community at every turn, the media should make LGBTQ-specific issues a priority by asking each presidential candidate how they will fight for and protect LGBTQ people across the nation.”

Last night’s debate was in contrast with the first round of debates, where issues like the Equality Act, anti-transgender violence, and trans reproductive healthcare were touched on by candidates Tulsi Gabbard, Cory Booker, and Julian Castro – all of whom will take the stage in the second installment of debates tonight at 8:00 pm on CNN.