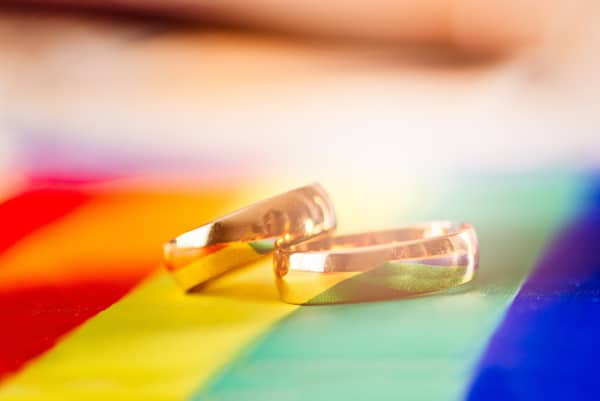 LGBTQ People Urged to Be Counted in 2020 U.S. Census

The D.C.-based National LGBTQ Task Force was part of a coalition of more than 15 national civil rights and progressive advocacy groups that launched a campaign last week to encourage members of marginalized communities to make sure they are counted in the 2020 U.S. Census.

In a development that LGBT activists view as a positive change, the 2020 U.S. Census questionnaire will explicitly ask couples living together to define their relationship to their partners in a new way – as “same-sex” or “opposite-sex” partners.

Although the 2000 and 2010 U.S. Census counted same-sex couples through questions about gender and relationships, the newly worded questionnaire in 2020 is expected to provide a more accurate count of the number of same-sex couples in the United States.

However, to the disappointment of LGBT advocacy organizations, Census officials declined to include in the 2020 questionnaire questions asking about a person’s sexual orientation and gender identity so that non-coupled LGBT people could be counted.

Nevertheless, the National LGBTQ Task Force has said it’s important for all LGBT people to take part in the 2020 census.

“Over-counts of privileged people and undercounts of marginalized people reinforce systems of power and oppression in this country,” the Task Force said in a statement. “That’s why the Task Force is working with our colleagues in the LGBTQ and social justice movements to ensure that all of us, and especially people from marginalized communities, are counted in the 2020 Census,” the statement says.

“Although the Census doesn’t explicitly ask about our sexual orientation and gender identity, it is still critical for us to be counted on the 2020 Census,” the Task Force statement says, adding, “We need to be counted so our communities can: Get access to federal funds for programs like SNAP, Medicaid, and public housing; have representation in our state, local, and federal government; and enforce our civil rights.”

The Williams Institute, an LGBT think tank affiliated with the UCLA Law School, has used data on same-sex couples obtained from the 2000 and 2010 U.S. Census to extrapolate an estimated count of all LGBT people in the U.S. But former Williams Institute official Gary Gates has said it would have been far better if the Census counted LGBT people directly.

National LGBTQ Task Force spokesperson JR Russ said the group has created a “Queer the Census 2020” page on its website that will be updated each month to inform LGBT people on how the Census will impact them and how they can best participate in the Census. The page can be accessed via the taskforce.org.