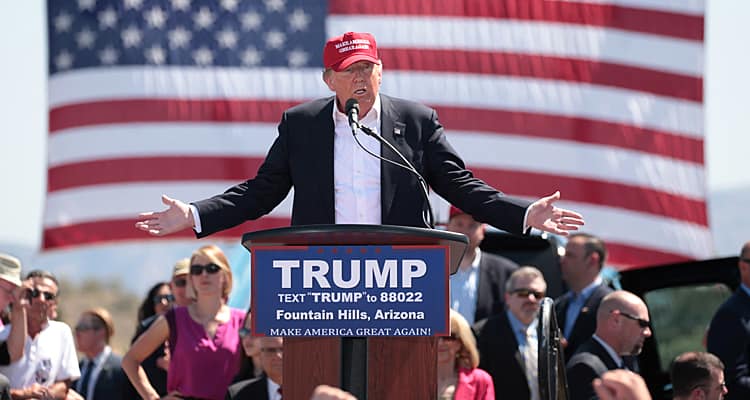 LGBTQ Republican group Log Cabin Republicans have endorsed President Donald Trump for re-election because he has “met his commitments to LGBTQ Americans,” according to an op-ed written by chair members Robert Kabel and Jill Homan for the Washington Post.

The group cited a number of reasons for their endorsement, including his commitment to eliminating HIV/AIDS by 2030.

“[Trump] has committed to end the spread of HIV/AIDS in 10 years, through the use of proven science, medicine, and technology to which we now have access,” they write. “This scourge decimated a generation of gay men in the United States and continues to inflict pain, suffering, and death at home and abroad.”

They also cited his efforts to influence an adoption of modern human rights standards worldwide, “including launching an initiative to end the criminalization of homosexuality,” as well as implementing tax cuts that “have benefited LGBTQ families and helped put food on their tables.”

“What benefits all Americans benefits the LGBTQ community, as we cross every racial, socioeconomic, religious, and cultural divide,” Kabel and Homan said.

However, the group didn’t praise all of the president’s moves. They expressed their opposition on Trump’s transgender military ban, saying they would “press the administration to reconsider.”

This endorsement may come as a surprise to some, as the Log Cabin Republicans declined to endorse Trump during his candidacy in 2016 because “he concurrently surrounded himself with senior advisors with a record of opposing LGBTQ equality.”