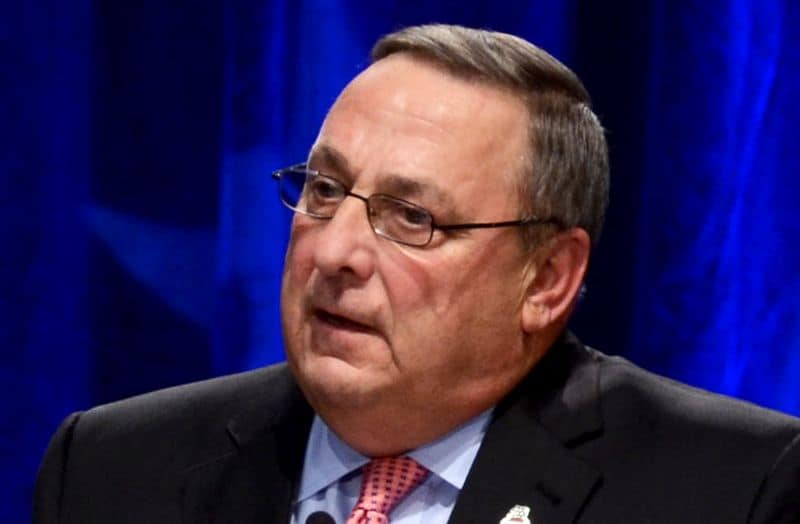 The Republican Governor of the state of Maine, Paul LePage, has used the veto pen on a piece of legislation. And the result? Well, let’s just say, it’s not pretty.

Maine was all set to join a number of progressive states which had banned conversion “therapy.” The so-called therapy is a profoundly harmful, un-medical procedure pushed on LGBTQ youth by anti-gay groups.

The proponents of conversion therapy believe that it can change the sexual orientation of its victims.

The medical profession and its institutions, in collaboration with LGBTQ advocacy groups, have been pushing back against the harmful practice for several years.

In statehouse after statehouse, conversion therapy bans have been passed.

The proposed legislation, LD 912, which landed on LePage’s desk, would have banned all Maine-licensed professionals from imposing the therapy on minors.

LePage, whom the Advocate labeled an “ultraconservative, anti-LGBT Republican,” said that the proposed ban was bad policy.

He claimed that the bar would unfairly limit the freedom of discussion therapists have with their clients.

In the message attached to his veto, the Governor said that the legislation unfairly limited health professionals whose range of care is already limited by regulatory requirements. He also cited religious liberty as a defense.

Furthermore, he wrote, “I strongly agree that young people should not be physically or mentally abused if they come out to their parents or guardians because they have experienced sexual or romantic attraction to an individual of the same gender. However, as it is written – ‘any practice or course of treatment’ – can call into question a simple conversation.”

Opponents of the veto said that LePage’s rejection of the bill was ludicrous. They pointed out that such recommendation of conversion therapy was widespread among certain mental healthy professionals.

The issue was so significant, opponents said, that thirteen other American states have banned the practice of the so-called therapy on minors.

LGBTQ advocacy groups were quick to join the condemnation of LePage as well.