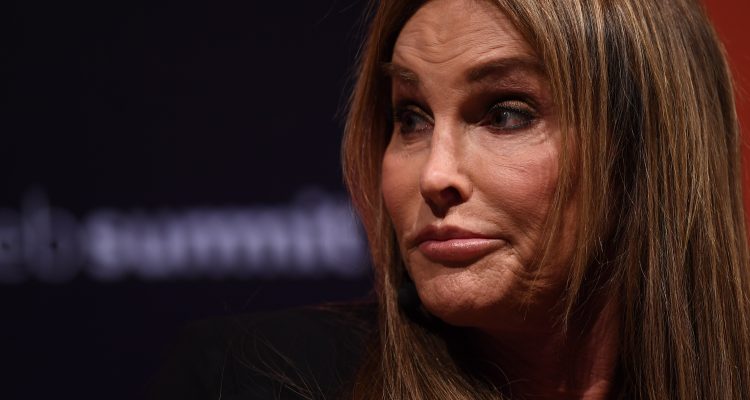 Image courtesy of Web Summit via Flickr under CC BY 2.0

Caitlyn Jenner was quickly repudiated by LGBTQ advocates after she entered California’s recall election as a gubernatorial candidate — and her fellow transgender Republicans are mixed over whether or not to back her up.

Transgender Republicans are few in number, but some are in high-profile positions and have been working with their party to change its approach and drop its attacks on transgender people, whether it be in the military, public bathrooms, or school sports.

Jordan Evans, a Charlton, Mass.-based transgender Republican who unsuccessfully last year ran to become a Massachusetts Republican State Committee Woman, told the Washington Blade she had high hopes for Jenner as a fellow transgender candidate, but they were quickly dashed after her campaign launched.

“My feelings changed quickly after Caitlyn made it clear that she was less interested in using this opportunity to present the Republican Party and conservative movements with an accessible and high-profile introduction to the trans community and simply wanted to be a trans woman who espoused the same destructive approaches that we just so happen to be seeing all over the country,” Evans said.

Evans said the high hopes she had were based on the transgender advocacy she said Jenner was doing behind the scenes and the potential for two prominent LGBTQ Republicans to run for governor in California. After all, Jenner may soon be joined in the race by Richard Grenell, who was U.S. ambassador to Germany and acting director of national intelligence before becoming the face of LGBTQ outreach for Trump’s failed re-election.

But Jenner’s approach to the gubernatorial recall in California, Evans said, is “putting trans youth at risk for a campaign that isn’t even transformative for Republicans during this volatile time.”

“Even her current messaging is superficial and does nothing to help dispel claims that she’s unqualified,” Evans said. “The only positive thing that I’ve seen come from this is conservative mainstream media using her correct pronouns, but that is not worth the damage that she’s inflicting.”

Much of the disappointment over Jenner’s campaign is the result of her essentially throwing transgender kids under the bus as part of her campaign at a time when state legislatures are advancing legislation against them, including the bills that would essentially bar transgender girls from participating in school sports.

Jenner, declining to push back on these measures and assert transgender kids have a place in sports, instead essentially endorsed the bills shortly after she announced her candidacy.

“If you’re born as a biological boy, you shouldn’t be allowed to compete in girls’ sports,” Jenner told TMZ, which asked her about the hot-button issue during a Sunday morning coffee run.

Jenner dug deeper into MAGA-world at the expense of solidarity with the transgender community. Last week, Jenner retweeted Jenna Ellis, who has a notoriously anti-LGBTQ background and was criticized just last year for refusing to use the personal pronouns of Rachel Levine, who’s now assistant secretary of health and the first openly transgender presidential appointee to win Senate confirmation.

Jennifer Williams, a New Jersey-based transgender Republican who unsuccessfully ran for a seat in the New Jersey General Assembly last year, said via email Jenner “did much good for several years by educating millions of people around the world about transgender folks,” but won’t countenance the candidate’s remarks on transgender kids in sports.

“In regard to her current run for California governor, her recent comments regarding transgender youth playing sports are confusing,” Williams said. “Just last year, she said that she supported transgender female athletes. Caitlyn should consult with tennis great Billie Jean King, soccer star Megan Rapinoe or WNBA legend Candace Parker on the subject of transgender athletes in women’s sports, as they are very well versed on the matter.”

At a time when state legislatures are pushing through legislation targeting transgender youth, restricting their access to sports and transition-related care, Jenner’s refusal to repudiate those measures has become a focal point for opposition to her candidacy from LGBTQ advocacy groups, who say she’s “out of touch” (although none were supporting her even before she made those comments).

The LGBTQ Victory Fund, which supports LGBTQ political candidates and public officials, has signaled it wants nothing to do with Jenner.

Sean Meloy, vice president of political programs for LGBTQ Victory Fund, said Jenner hasn’t applied for an endorsement from the Victory Fund “and she shouldn’t bother to.”

“Her opposition to full trans inclusion – particularly for trans kids in sports – makes her ineligible for the endorsement,” Meloy said. “There are many great trans candidates running this cycle who are champions for equality.”

To be sure, Jenner used her celebrity status as a former reality TV star and Olympic champion on behalf of transgender lobbyists, urging donations to groups like the National Center for Transgender Equality and going to Capitol Hill to lobby Republicans on transgender issues. Jenner has also given money for transgender kids to attend college, giving transgender advocate Blossom Brown a check for $20,000 on “The Ellen Show” in 2015.

Blaire White, a transgender conservative and YouTube personality, drew on these examples of Jenner helping transgender youth in a video earlier this month and said the two once had dinner together, but wasn’t yet ready to make a endorsement.

“I will say that until she lays out all of her policy positions and until she’s more on record in long form really talking about what she wants to do for the state of California, I can’t say for sure I would vote for her and would not vote for her,” White concluded in the video. “What I can say is: I’m interested. And also, being under Gavin Newson’s governorship, I would literally vote for a triple-amputee frog over Gavin Newsom, so she already has that going for her.”

Jenner’s campaign couldn’t be reached for comment for this article on the repudiation of her campaign from LGBTQ advocacy groups.

Gina Roberts, who’s the first transgender Republican elected to public office in California and a member of the San Diego GOP Central Committee, said she’s neutral for the time being as an elected Republican Party leader, but nonetheless had good things to say about Jenner’s candidacy.

“I think it’s awesome,” Roberts said. “It’s kind of indicative of how cool the Republican Party in California is because nobody really cares or it makes any difference. I mean, I was the first elected GOP transgender person in California and I think we’re ready for No. 2.”

Asked whether Jenner’s comments about allowing transgender kids in sports was troubling, Roberts said that wasn’t the case because she has her own reservations.

“I have pretty much the same opinion because … there’s so many nuances in that,” Roberts said. “If somebody transitions after they’ve gone through puberty, there is a big difference, especially in high school. If they transition beforehand, it’s not a big deal.”

A gun enthusiast and supporter of gun owner’s rights, Roberts said she competes in women’s events in shooting sports, but there’s a difference because she doesn’t “really have any advantages all those young, small ladies can pull a lot faster than I do and shoot faster than I do.”

Roberts concluded she’ll personally make a decision about whom she’ll support in the California recall election after Grenell announces whether or not he’ll enter the race, but can’t say anything until the San Diego GOP Central Committee issues an endorsement.

“He’s a good friend of mine, too,” Roberts said. “I know both of them. I think they’d both be certainly better than Gavin Newsom, I have to stay neutral until the county party decides who they’re going to endorse. I will support somebody or another in the endorsement process, but I can’t publicly announce it.”

Although LGBTQ groups want nothing to do with her campaign, Jenner’s approach has garnered the attention of prominent conservatives, who are taking her seriously as a candidate. One of Jenner’s first interviews was on Fox News’ Sean Hannity, a Trump ally with considerable sway among his viewers. Hannity was able to find common ground with Jenner, including agreement on seeing California wildfires as a problem with forest management as opposed to climate change.

Kayleigh McEnany, who served as White House press secretary in Trump’s final year in the White House and defended in the media his efforts to challenge his 2020 election loss in court, signaled her openness to Jenner’s candidacy after the Hannity interview.

“I really enjoyed watching @Caitlyn_Jenner’s interview with @seanhannity,” McEnany tweeted. “I found Caitlyn to be well-informed, sincere, and laser-focused on undoing the socialist, radical, a-scientific policies of Biden & the left. Very good.”

In theory, that support combined with Jenner’s visibility might be enough to propel Jenner to victory. In the recall election, California will answer two questions, whether California Gov. Gavin Newsom should be recalled, and if so, which candidate should replace him. The contender with the plurality of votes would win the election, even if that’s less than a majority vote, and become the next governor. There isn’t a run-off if no candidate fails to obtain a majority.

With Jenner’s name recognition as a celebrity, that achievement could be in her reach. After all, Arnold Schwarzenegger won the 2004 recall election in California as a Republican based on his celebrity status, and ended up becoming a popular governor.

But the modest inroads Jenner has made with the acceptance of conservatives and potential to win isn’t enough for other transgender Republicans.

Evans, for example, said Jenner’s candidacy is not only a disappointment, but threatening the potential candidacies of transgender hopefuls in the future.

“It’s difficult to be in electoral politics, and that’s even more true when you’re a member of a marginalized community,” Evans said. “Caitlyn’s behavior is making it even more challenging for the trans community to be visible in a field where we desperately need to be seen. She’s casting a tall shadow on our ability to have a voice and is giving credibility to lawmakers and local leaders simply unwilling to view us with decency and respect.”

Williams said Jenner should avoid talking about transgender issues over the course of her gubernatorial run “and instead focus on the hard, critical policy issues facing California.”

“It is a state in crisis and she has to run a very serious campaign and not rely on her celebrity or LGBTQ status to win over voters’ hearts and minds — just like all other LGBTQ candidates around the country need to do when they run for public office,” Williams said.