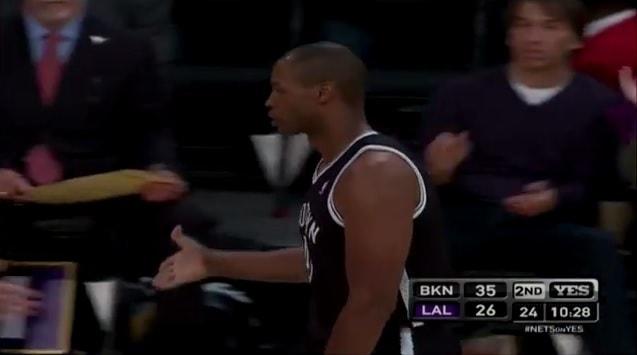 It happened early in the second quarter. He stepped onto the court and the crowd gave a nice reception as the public address announcer said his name. He played 11 minutes, quiet history was made and the world kept turning. Last night, Jason Collins became the first openly gay player in the NBA.

The 35-year-old announced he was gay last April in a Sports Illustrated cover story, and after the expected press onslaught, has been working out and waiting for a call from one of the 30 teams in the NBA. Sunday morning, he awoke to text messages from his agent—the Brooklyn Nets needed his help. A few hours later, he was signing a 10-day contract, then it was off for a physical, a press conference and a long-awaited barrier to break at the Staples Center.