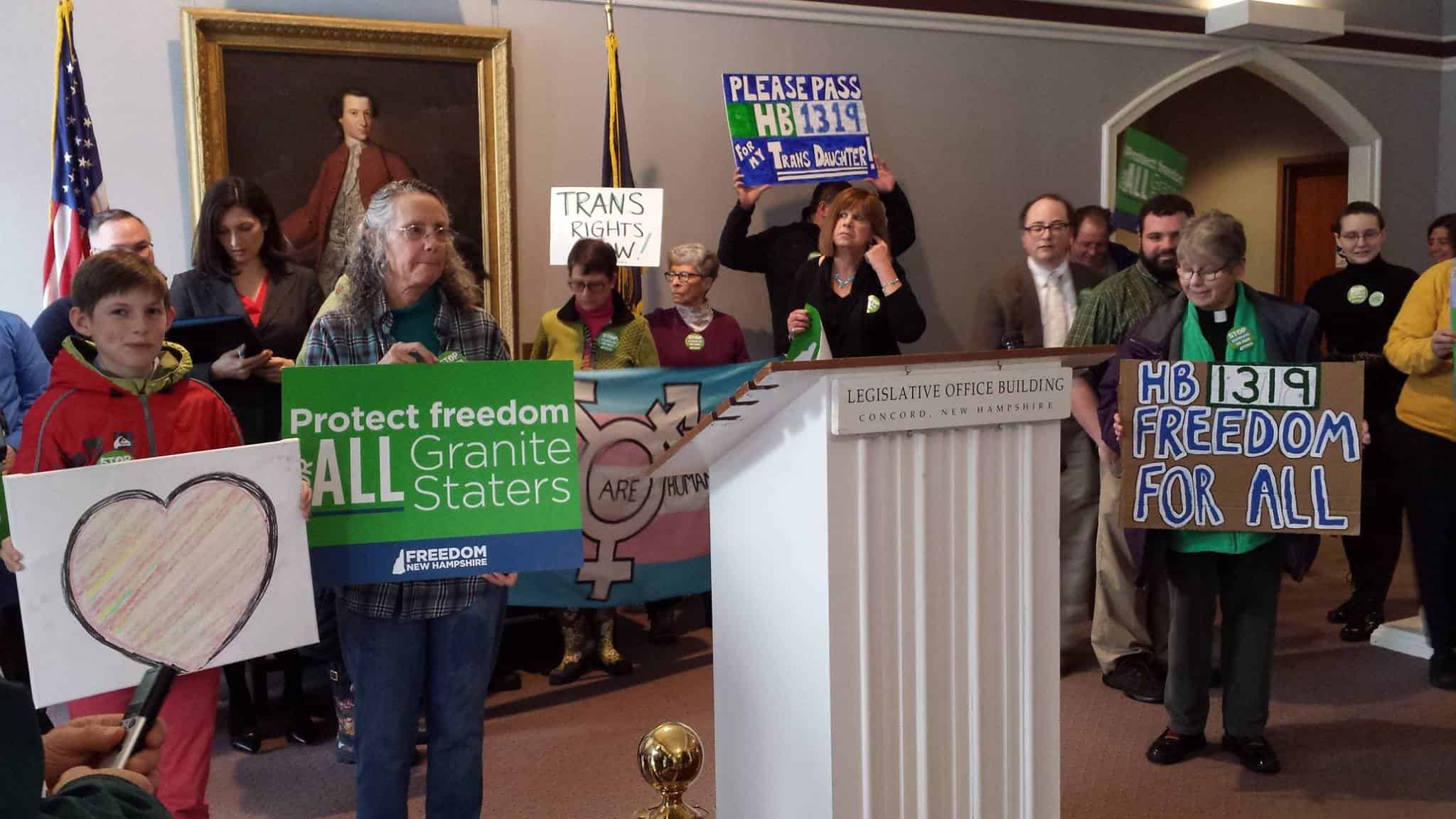 On May 2, the Senate of New Hampshire approved of HB 1319, an act which updates that state’s discrimination laws.

Historically, New Hampshire has banned discrimination in housing, employment, and public spaces for other protected groups. Now, thanks to the legislature, trans individuals can be added to that list. The bipartisan vote went through 14 to 10, and the statute is en route to Republican Governor Chris Sununu’s desk. The Governor has stated he intends to sign.

If he does, the entire New England region will have trans-inclusive non-discrimination measures.

The bill’s passage is notable for another reason: to quote the Human Rights Campaign, HB 1319 “marks the first statewide proactive win on LGBTQ non-discrimination in any state since 2016.”

The bill comes after the failure of 2017’s HB 478, which sought similar protections. The 2017 bill fell victim to the actions of a conservative New Hampshire organization, Cornerstone, who implemented a letter-writing campaign to representatives, warning of dangers if transgender people were allowed to use public restrooms.

This year’s campaign for trans protection was marked by increased efforts by trans advocates, including house parties featuring “Ask A Trans Person Anything” panels. Observers were surprised in March, when HB 1319 cleared the Republican-led New Hampshire House by a vote of 195 to 129.

The explicit transgender protections were greeted with enthusiasm by LGBTQ groups, including Freedom New Hampshire. On Twitter, the organization declared that HB 1319 was “a huge victory for freedom-loving people everywhere—especially the transgender Granite Staters who have fought so hard for nearly a decade to make this happen.”