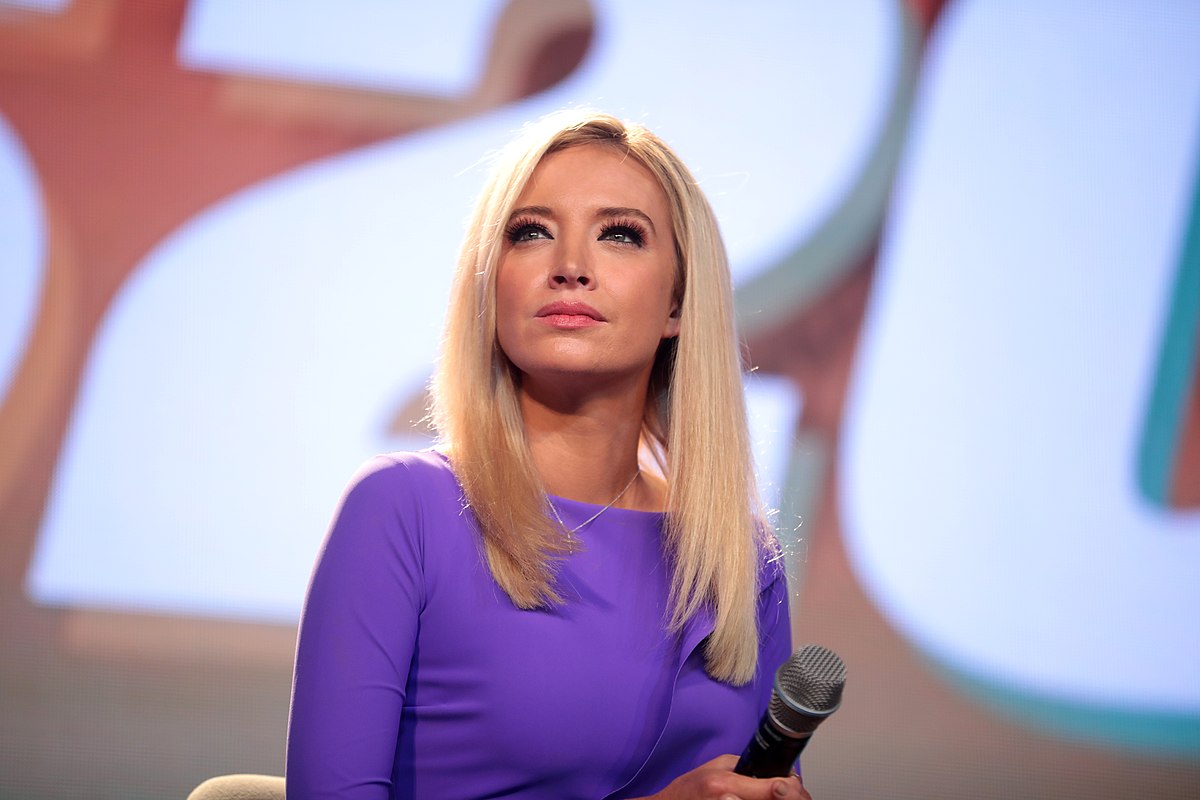 This week, the Trump administration welcomed a new White House press secretary who has a long history of anti-LGBTQ comments.

Kayleigh McEnany, who previously worked as Trump’s spokesperson for his re-election campaign and as a pro-Trump pundit on CNN during the 2016 election, was named the fourth White House Press Secretary under President Trump on Tuesday (April 7).

According to media watchdog GLAAD, McEnany has a long record of making anti-LGBTQ comments. These comments include arguing the Supreme Court’s ruling on marriage equality was a threat to religious rights and dismissing claims of LGBTQ discrimination prior to the ruling as “farcical blabber.”

She has also argued against transgender bathroom access, saying it would allow men to “tak[e] advantage of the policies…and really be[] a predator against women.”

“Throughout her career, Kayleigh McEnany has used her role as a commentator to attack LGBTQ people throughout the press,” GLAAD President and CEO Sarah Kate Ellis said in a statement. “Whether it be her opposition to marriage equality or her attacks on transgender people, McEnany has shown that she knows how to, and even enjoys, using the media to spread dangerous, anti-LGBTQ messages to wide audiences. Unfortunately, in her new role as press secretary, she will have the power to continue doing so, but now with the White House name attached to hers.”