The final version of healthcare reform legislation passed by Congress did not include any of the LGBT-specific measures for which groups like the Human Rights Campaign and National Lesbian & Gay Task Force had lobbied.

Lesbian law professor Chai Feldblum was appointed to the federal Equal Employment Opportunity Commission on March 27, one of 15 recess appointments made by President Obama that day.

Gates says plan ‘not a moratorium’ on military gay ban 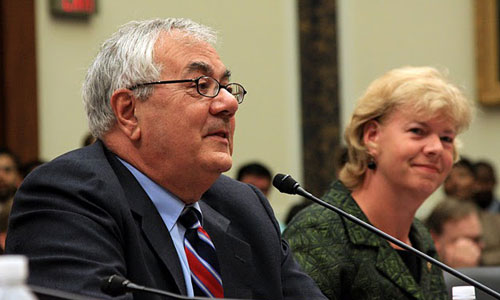 WASHINGTON — A former Republican lawmaker who wants to replace Sen. John McCain (R-Ariz.) made headlines this week when he drew a comparison between gay marriages and bestiality.

CNN reported March 15 that in an interview with a Florida radio station, former Rep. J.D. Hayworth chided Massachusetts for being the first state to legalize gay marriage, then continued with an equine analogy.