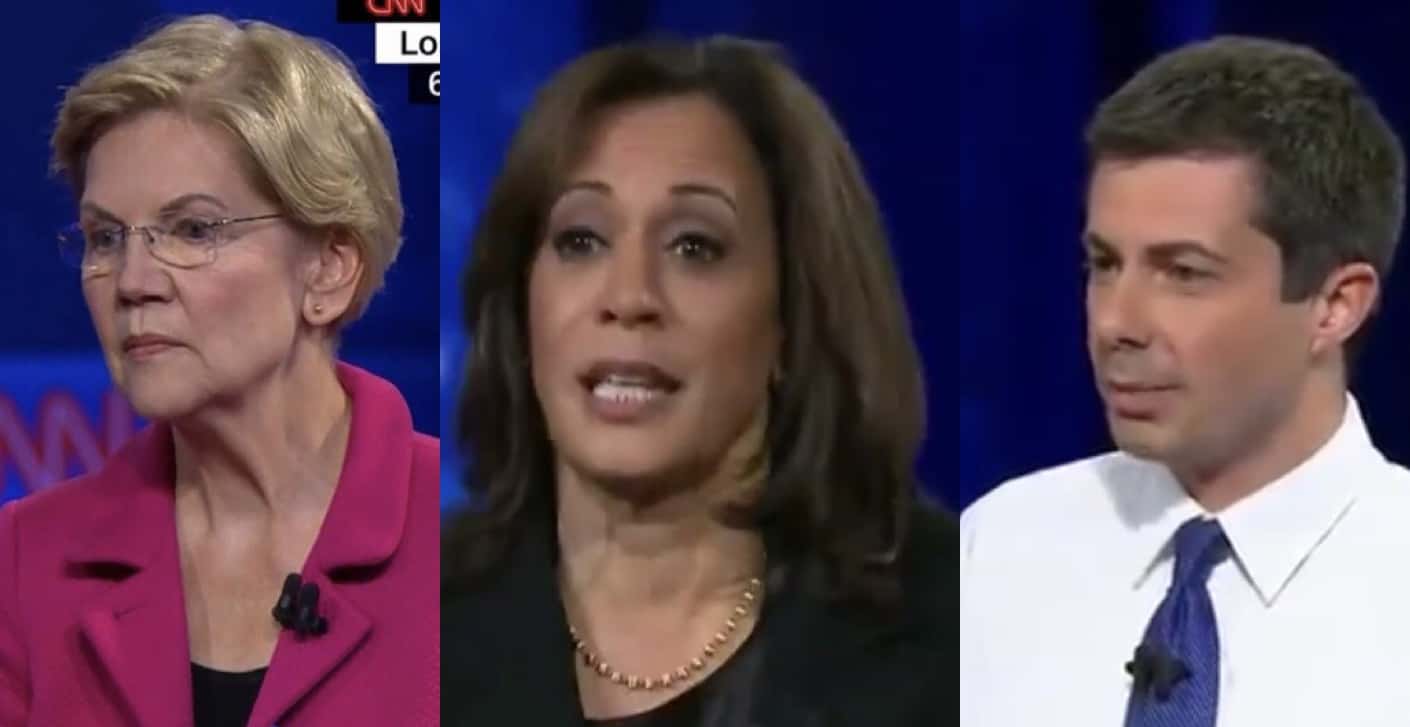 Nine Democratic presidential candidates took the stage on Thursday night (October 10) to discuss their plans to protect and fight for LGBTQ Americans at an LGBTQ Town Hall, hosted by the Human Rights Campaign (HRC) and CNN.

Each of the nine candidates – Pete Buttigieg, Joe Biden, Elizabeth Warren, Kamala Harris, Beto O’rourke, Cory Booker, Julian Castro, Tom Steyer, and Amy Klobuchar – had thirty minutes to address LGBTQ issues, ranging from HIV prevention to anti-transgender violence. Bernie Sanders, who recently announced he would be attending the event, was unable to make it due to a recent heart attack.

The epidemic of violence targeting transgender Americans – particularly women of color – was one fo the issues addressed by many of the candidates. An activist in the crowd interrupted Harris’ speech by shouting that trans people were being “hunted,” to which the California senator replied, “You’re right. There has to be serious consequence and accountability when it happens, which means there needs to be a safe space.”

Buttigieg, the only openly LGBTQ candidate, referenced the Supreme Court hearings from last week, where the court heard three cases regarding LGBTQ discrimination in the workplace when discussing the importance of the passage of the Equality Act.

“Let’s remember that even if the Supreme Court upholds the idea that the Civil Rights Act applies to discrimination against, for example, same-sex couples in the workplace, we’ve still got a long way to go when it comes to other forms of discrimination, for housing, public accommodation,” he said. “That is why we urgently need an Equality Act. I will fight for that, and I will sign it the moment it hits my desk.”

Warren made waves with a joke that quickly went viral on social media. The Massachusetts senator was asked what she would say to a potential voter who believes marriage should be between one man and one woman.

How would I respond to someone who says marriage is between one man and one woman? #EqualityTownHall pic.twitter.com/8uNXqXI5n7

“I’m gonna say: then just marry one woman,” she retorted. “I’m cool with that, assuming you can find one.”

Warren also promised to reduce the price of HIV-prevention medication PrEP to make it more accessible to at-risk communities.

“I commit that in my administration, we will let out a government contract to produce that drug and make that drug available at cost, both here in the United States and around the world,” she said, while naming neither the drug itself (Truvada) nor the pharmaceutical company behind the high prices (Gilead) by name.

The candidates also discussed about anti-LGBTQ hate groups and hate crimes, with Biden calling for increase law enforcement efforts “to keep watch on these groups that we know are out there.”

The town hall was historic, as it was the longest extended discussion about LGBTQ rights with the major presidential candidates. For more highlights of the event, you can visit the Human Rights Campaign’s website.