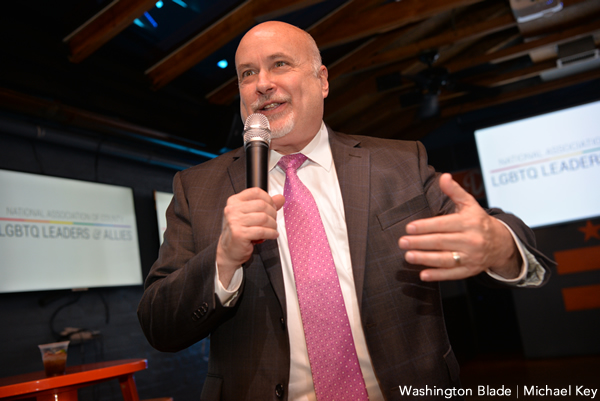 Rep. Mark Pocan (D-Wis.) has introduced legislation that would set up the process to create a National Museum of American LGBTQ+ History & Culture, potentially as an official site within the Smithsonian Institution in Washington, D.C.

Pocan, one of nine openly gay members of the U.S. House and co-chair of the LGBTQ+ Equality Caucus, said in a statement the measures are an effort to preserve LGBTQ history “as our community faces unprecedented attacks and attempts to erase our history.” The pair of bills is H.R.9070 and H.R.9071.

“It is vital to remember our collective past – particularly when certain states seek to constrain and repeal existing rights by passing bills that harm LGBTQ+ youth and our community at large,” Pocan said. “Let’s tell these stories, and honor the many contributions the LGBTQ+ community has made to this nation with a museum in Washington, D.C.”

The first bill, according to a news statement, would create an eight-member commission of individuals with expertise in museum planning or LGBTQ+ research and culture “to look into the viability of establishing such a facility in the nation’s Capital.”

Among other things, the commission would be charged with recommending a plan on action for museum, including fundraising for the museum, and submitting to Congress a plan for construction of the museum, the statement says.

The bill would also instruct the commission to address whether the museum should be part of the Smithsonian Institution, based in the nation’s capital and the world’s largest museum and research complex, per the news statement. The full study, the statement says, would have to be completed in 18 months.

The second bill, according to a news statement, would be eligible for consideration by Congress after the commission completes its work and issues its recommendations and allow for formal creation of the museum. More than 50 lawmakers, including all nine openly gay members of the U.S. House, co-sponsor the legislation.