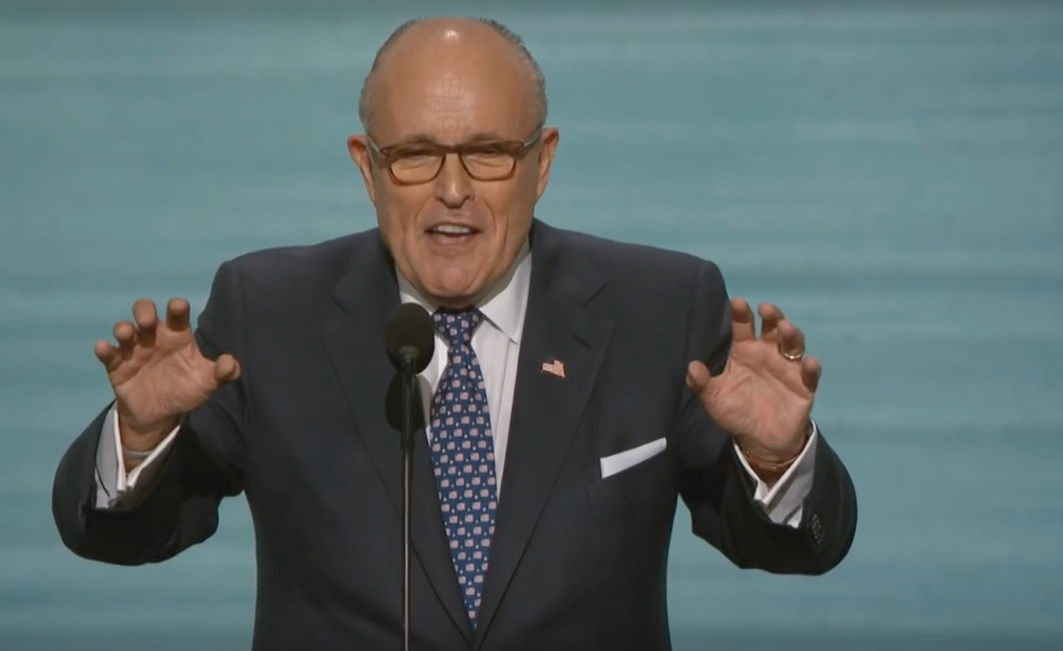 CLEVELAND — Over the course of one night at the Republican National Convention, two different speakers Monday exemplified the party’s desire of LGBT outreach on one hand and continuing attacks on LGBT people on the other.

Lt. Gen. Michael Flynn, who served in both Iraq and Afghanistan before becoming director of the Defense Intelligence Agency, criticized the Obama administration’s effort to advance LGBT rights in which he called President Obama “spineless” and Hillary Clinton “reckless.”

“Our soldiers, our soldiers deserve to hear from our leaders with clarity and precision,” Flynn said. “Too often, way too often, our troops are instead are distracted by trivial matters, trivial matters about what words to use, what terminology is politically correct and what bathroom door to open up. My God, my God, war is not about bathrooms, war is not about political correctness or words that are meaningless.”

It’s hard to say what exactly the “bathroom” remarks were intended to mean, but given the recent national debate on transgender use of restrooms, it could be a reference to the end of the ban on transgender military service. It could also be an attack on Obama’s effort to repeal “Don’t Ask, Don’t Tell,” a law that prohibited openly gay people from serving in the armed forces.

The nation’s largest LGBT group, the Human Rights Campaign, took the remarks as an attack on transgender service and condemned Flynn via Twitter.

Former New York City Mayor Rudy Giuliani, who energized the crowd more than any other speaker Monday night, on the other hand offered a gay-inclusive vision as he praised police officers in the aftermath of fatal attacks targeting them.

“We say thank you to every police officer and law enforcement agent who’s out tonight, protecting us, black, white, Latino, of every race, every color, every creed, every sexual orientation,” Giuliani said. “When they come to save your life, they don’t ask if you are black or white, they just come to save you.”

The line may have inspired the loudest applause for the night at the convention, although Giuliani was well-received throughout his entire speech as he bashed Obama’s policies, criticized Hillary Clinton’s handling of Benghazi and praised the potential of a Trump presidency.

Gregory Angelo, president of Log Cabin Republicans, said Giuliani’s remarks had a greater effect on the crowd than Flynn’s attack.

“Judging by the reaction from the crowd I witnessed in the arena, it’s clear Giuliani’s inclusive message resonated far more than Flynn’s rambling remarks,” Angelo said.

Both speakers made the remarks just hours after the delegates ratified a Republican platform considered the most anti-LGBT in history. Among other things, the platform seeks to overturn the U.S. Supreme Court decision in favor of same-sex marriage and opposes laws enabling transgender people to use the restroom consistent with their gender identity.

TJ Helmstetter, a spokesperson for the Democratic National Committee, said “the GOP’s extremism was on full display” regardless of remarks from Giuliani.

“Even the Log Cabin Republicans admit their party just adopted the most anti-LGBT platform in history,” Helmstetter said. “Not enough fog machines in the world exist to hide the discrimination and divisiveness at the RNC this week.”

Another speaker on Monday was Willie Robertson, CEO of Duck Commander and star of A&E’s hit series “Duck Dynasty,” which is known for stars who hold anti-LGBT views. Although Robertson didn’t say anything anti-LGBT during his remarks, his show was once cancelled after co-star Phil Robertson decried homosexuality as a sin.

Melania Trump, wife of presumptive nominee Donald Trump, was the highlighted speaker of the evening. Despite Trump’s reputation for running a campaign based on demonizing minority groups, Melania Trump insisted he would be an inclusive leader as president.

“Donald intends to represent all of the people, not just some of the people,” Melania Trump said. “That includes Christians, Jews and Muslims. It includes Hispanics and African Americans and Asians and the poor and the middle class.”

As first noticed on Twitter by Los Angeles-based Jarrett Hill, large portions of Melania Trump’s speech seemed to have been lifted from first lady Michelle Obama’s speech during the 2008 Democratic National Convention.

Also on Monday, the “Never Trump” movement, which sought to deprive Trump of the Republican presidential nomination, seems to have met its end after the delegates approved the rules as written by the Rules Committee.

Republican opponents of Trump were seeking a conscience clause allowing delegates to select a nominee of their choice as opposed to being forced to vote for Trump, which didn’t make it into the final rules.

Rep. Steve Womack (R-Ark.), presiding as chair, sought a voice vote twice on accepting the rules but after the second vote, determined the “ayes” had won. A brief floor fight ensued in which delegates alternately chanted, “U-S-A! U-S-A!” and “Trump! Trump! Trump!”

A Utah delegate sought a roll-call vote. Although nine states initially supported it, Womack said some delegates withdrew support and only six states had valid requests. Seven were necessary.

Christian Berle, a gay D.C. delegate pledged to Ohio Gov. John Kasich and a proponent of the “Never Trump” effort, said the delegates’ decision to accept the rules as proposed is “very disappointing.”

“There are a large degree of delegates from across the country who believe that the rules report should have included a conscience clause in particular to allow delegates to support who they fully believe should run the party and run the country,” Berle said.

Chris Johnson is Chief Political & White House Reporter for the Washington Blade. Johnson attends the daily White House press briefings and is a member of the White House Correspondents’ Association.