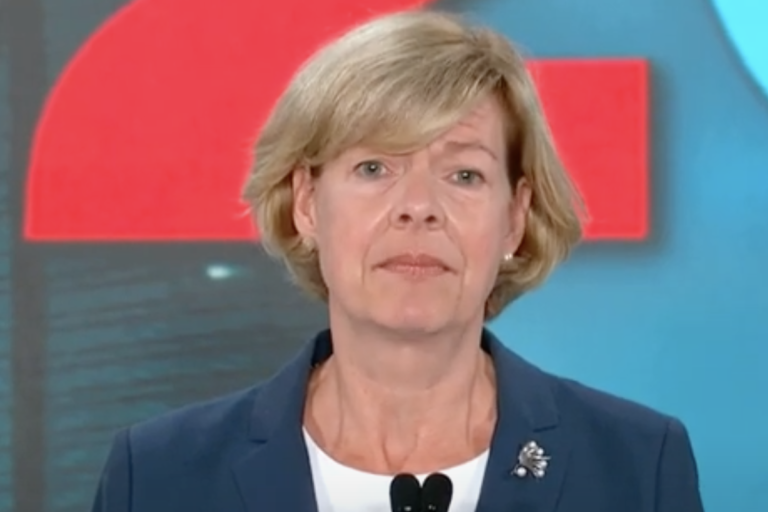 Sen. Tammy Baldwin (D-Wis.), the only out lesbian in the U.S. Senatte, made a plea Thursday for voters to elect Joe Biden and oust President Trump in a speech heavily drawing on inequalities in wealth and health care.

Drawing on her own story of illness when she was a youth, and her insurance company refused to cover her because she had a pre-existing condition, Baldwin urged her audience watching the Democratic National Convention to observe similar struggles among Americans.

“Just think of what we’ve heard these past four days,” Baldwin said. “Health care professionals who don’t have the protective gear they need. Young people whose asthma will get worse as our air quality does. Workers who are afraid of losing their jobs.”

Baldwin asked what kind the nation the United States should be, for millionaire or the working class, where medical bills bury people in debt or where health care is affordable, where tens of thousands die from the coronavirus or “where the American Dream lives.”

“I think we know the answer to that fundamental question — because most of us want the same things: Good schools in our neighborhoods, racial justice, the freedom to love who we want, dignity in our work, and an economy where small businesses and working families thrive,” Baldwin said.