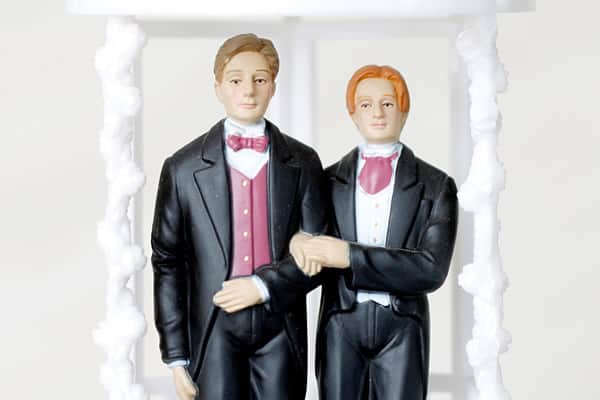 On the two-year anniversary of the U.S. Supreme Court’s sweeping decision in favor of marriage equality, the court announced Monday it had agreed to review a case in which a Colorado bakery refused to sell a wedding cake to a same-sex couples.

The Supreme Court announced in its orders list on Monday it had agreed to take up the case of Masterpiece Cakeshop v. Colorado Civil Rights Commission in the aftermath of the court’s periodic conference on Thursday. It takes a vote of at least four justices to grant a writ of certiorari — or agree to take a case — but the names of which justices voted that way isn’t made public.

If the Supreme Court rules in favor of Masterpiece Cakeshop, which was penalized for refusing to sell a wedding cake to a same-sex couple under Colorado’s human rights law, it could establish a religious carve-out for denial of services to LGBT people throughout the country.

Praising the Supreme Court’s decision to take up the case as a prelude to guaranteeing “religious freedom” in the name of anti-LGBT discrimination throughout the nation was Tony Perkins, president of the Family Research Council.

“The U.S. Supreme Court now has an opportunity to issue a ruling that makes clear the government has no authority to force Americans like Jack Phillips to use their artistic talents to celebrate events with which they have a moral and/or religious disagreement,” Perkins said.

Because the Supreme Court’s 2016-2017 term is about to close, a decision from justices won’t come any time soon. The court will hear arguments and render a decision in the gay wedding case refusal case during the next term after the summer.

Perkins in his statement was optimistic the view the court would rule in favor of Masterpiece Cakeshop based on the presence on the bench of Gorsuch.

“With Justice Gorsuch now on the bench, we are more optimistic that the Supreme Court will uphold our nation’s long tradition of respecting the freedom of Americans to follow their deeply held beliefs, especially when it comes to participating in activities and ceremonies that so many Americans consider sacred,” Perkins said.

The Supreme Court has agreed to hear the case after an administrative judge rules Masterpiece Cakeshop illegally discriminated against a same-sex couple refusal to sell them a wedding — a decision the Colorado Court of Appeals upheld in 2015. The Colorado Supreme Court has declined to review these decisions and let them stand.

The case was result of Charlie Craig and David Mullins, a same-sex couple, asking Jack Phillips, the owner of Masterpiece Cakeshop, to design and produce a wedding cake in 2012 for their same-sex wedding in Massachusetts. Phillips refused based on his religious beliefs, but said he would happy to make and sell them other baked goods.

In 2013, the American Civil Liberties Union and the ACLU of Colorado filed a lawsuit on behalf of Mullins and Craig, alleging the bakery discriminated on the basis of sexual orientation.

James Esseks, director of the ACLU’s LGBT Project, said in a statement the Supreme Court upon review of the case should rule in favor of the same-sex couple and uphold Colorado’s non-discrimination law based on established legal principles.

“The law is squarely on David and Charlie’s side because when businesses are open to the public, they’re supposed to be open to everyone,” Esseks said. “While the right to one’s religious beliefs is fundamental, a license to discriminate is not. Same-sex couples like David and Charlie deserve to be treated with the same dignity and respect as anyone else, and we’re ready to take that fight all the way to the Supreme Court.”

Kasey Suffredini, acting CEO and president of strategy at Freedom for All Americans, said in a statement the Supreme Court should remember the same-sex couple seeking a wedding cake “were unfairly denied service at a business because of their sexual orientation.”

“When the Supreme Court hears this case, the justices should consider the reality that businesses that serve the public must be open to all, with no excuses and without exception,” Suffredini said. “All of us cherish the American promise of religious freedom as protected under the U.S. Constitution, but that doesn’t give anyone the right to discriminate against others. This case will be an important opportunity to have a national conversation about the values we all share as Americans and the importance of equal treatment for everyone.”