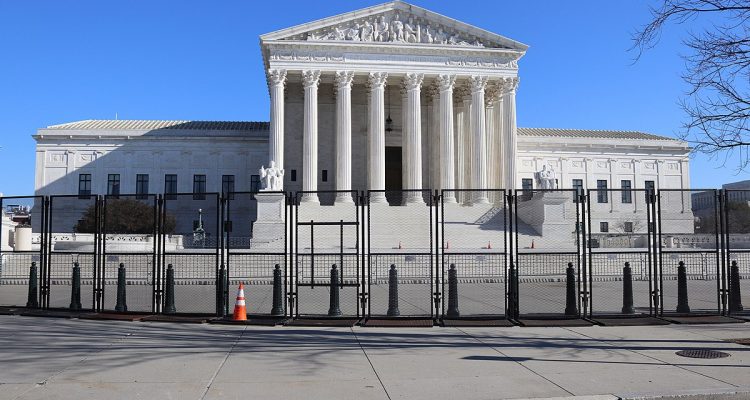 Image courtesy of Elvert Barnes via Wikicommons under CC BY-SA 2.0

A case to be argued before the U.S. Supreme Court next week (April 28) presents one of those rare instances in which different LGBTQ groups are on opposite sides.

The case is Mahanoy v. BL, an appeal which asks the Supreme Court to take a new look at a long-standing First Amendment decision from 1969 and say whether it needs to be re-thought, given today’s new social media and cyber-bullying realities.

In friend-of-the-court briefs submitted in the case, different LGBTQ groups and leaders are taking different sides. Some argue that schools need the authority to discipline students for inappropriate messages even when those messages are delivered off-campus and after-school. Others say students need protection from school authorities over-reaching into the personal views and expressions of students.

Both sides say the case, which has no LGBTQ-specific elements, could have important implications for LGBTQ students.

The case before the court started in 2017, when a student at a small public high school in central Pennsylvania posted an angry message on Snapchat, expressing her anguish at having been rejected for the varsity cheerleading squad. The student, identified in numerous news reports as Brandi Levy, is identified in court documents as B.L., and she attended Mahanoy Area High School. (She has since graduated and is attending college.)

On the weekend after learning she would have to stay on the junior varsity squad, Levy was out shopping with a friend when she decided to post a photo of herself on Snapchat, gesturing with her middle finger and adding a caption that read, “Fuck school fuck softball fuck cheer fuck everything.”

The post reached about 250 people, including other students at her high school (which had an enrollment of only about 280 students). One of the students who saw the post captured the Snapchat image and forwarded it to Levy’s JV cheerleading coaches.

Mahanoy school officials brief to the Supreme Court said that “Students were visibly upset” over Levy’s Snapchat post, that the post violated school rules against “foul language and inappropriate gestures,” and that they felt they had to take disciplinary action to “avoid chaos and maintain a team-like environment.” So, they suspended Levy from the JV squad for the year.

Levy’s parents attempted to reverse that decision by talking with school officials. When they got nowhere, they sued in federal court, charging that the school had violated their daughter’s First Amendment right to free speech.

A federal district court agreed, noting Levy’s Snapchat post was done off-campus and had not caused any substantial disruption of school activities. The Third Circuit U.S. Court of Appeals agreed. It cited a landmark U.S. Supreme Court decision —Tinker v. Des Moines— which held that students have a right to freedom of speech unless a school can prove that the students’ actions or speech would “substantially interfere” with school operations. The Tinker case involved students wearing black armbands at school during school hours, in protest of the Vietnam War. The Mahanoy case involved something done off-campus after-school.

While acknowledging that social media have blurred the lines between what constitutes on and off-campus, the Third Circuit said Levy’s Snapchat post was clearly off-campus and that “the ‘online’ nature of that off-campus speech makes no constitutional difference.”

The Mahanoy school attorneys noted that “schools face hard calls about how to address such off-campus speech,” including instances of where students use social media to harass other students and teachers. But “schools have exercised authority to discipline speech that disrupts the campus or harms other students, whether that speech originates on campus or off.”

Joining several other anti-bullying organizations, the Garden State Equality group, the Tyler Clementi Foundation, and Stomp Out Bullying —which focus on LGBTQ issues— all submitted a brief on the side of the Mahanoy school district. They noted that a study found that more than 80 percent of LGBTQ youth reported being bullied or harassed at school. They said, “there must be a clear and unmistakable pronouncement that school officials may take reasonable measures to curtail peer bullying that negatively impacts students’ ability to access their education, wherever and in whatever form it takes place.”

A large number of other LGBTQ groups submitted a brief in support of the student.

“Bestowing schools with overly broad authority to regulate off-campus speech risks school overreach,” said the LGBTQ groups. They said studies show that historically marginalized groups —like LGBTQ students— “are more likely to receive unwarranted school discipline” for their off-campus speech. At the very least, they argue, the Supreme Court “should make clear that any restrictions to off-campus student speech only apply to prevent invasions of students’ rights to safety and access to equal educational opportunities, and not to regulate all potential substantial disruptions of school activities.”

“We support B.L. in this case because we believe the school was not within its authority to discipline her and violated her First Amendment rights to speech and expression,” said Camilla Taylor, director of constitutional litigation for Lambda Legal and one of the authors of the brief supporting the student. “When student speech occurs off-campus and does not threaten harm to anyone,” said Taylor, “…students enjoy an unfettered right to express themselves without school interference.”

Acting Solicitor General Elizabeth Prelogar submitted the Biden administration’s brief in March and will be speaking before the court April 28. Her brief supports the school district, saying that schools must be able to address any speech, including off-campus speech, that threatens or targets specific individuals or groups in the school community.

Interestingly, the openly lesbian Attorneys General of Massachusetts and Michigan submitted a brief, along with the attorneys general of 21 other states, including California, Illinois, New Jersey, and North Carolina, saying the Supreme Court should vacate the Third Circuit decision. The attorneys general explicitly declined to take sides with either the student or the school district, but its argument clearly landed to benefit the schools.

“Bullying occurs both during and outside of school hours, particularly now that students communicate so frequently via social media,” said the attorneys general brief. “And regardless of when and where it occurs, bullying can create a school climate in which student victims feel unsafe and unable to engage in learning.

“…The Court should reject the Third Circuit’s approach and reaffirm the ability of schools to address off-campus bullying under the well-established student-speech framework.”

Gary Buseck, senior adviser with GLAD and a 35-year veteran of LGBTQ litigation, acknowledged that “it seems odd” that the pro-LGBTQ briefs stand in support of different sides of the appeal.

“However, my sense is that all of the parties on these three specific amicus briefs are actually in agreement on one issue, i.e., that school boards have to be allowed to deal with bullying and harassment that occurs off-campus but that impacts a student’s life in school and educational opportunities and experience,” said Buseck. All three briefs, he said, “are concerned less about the facts of this case and its bottom-line result than about possible dangers in the Third Circuit opinion bearing on how school must be allowed to address bullying/harassment.”

The Mahanoy argument comes at a time when LGBTQ groups are anxiously awaiting how the Supreme Court will rule on a major case that does involve LGBTQ issues specifically: Fulton v. Philadelphia. That case, argued in November, is the latest in a long line of lawsuits that have attempted to secure for some people and businesses an exemption to laws prohibiting discrimination based on sexual orientation and gender identity. Those arguing for the exemptions claim that requiring them to obey the non-discrimination laws violates their First Amendment freedom to exercise of their religious beliefs against LGBTQ people.