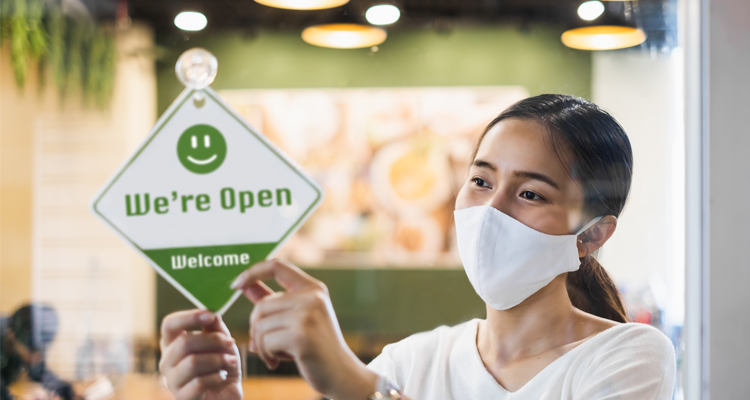 As we enter the second year of the COVID-19 pandemic, caution fatigue runs high, but hopes are beginning to run higher. Georgia has opened up vaccination centers to all residents over the age of 16, and new case numbers have continued to fall since the astronomical spike in January. Now Americans have another reason to feel hopeful.

President Joe Biden and Democratic senators worked together to pass the American Rescue Plan Act of 2021. Receiving zero support from Republican senators, the act is the first COVID-19 economic relief effort to specifically target the dire needs of those in the hospitality and entertainment industries, and it has not come too soon.

A recent survey taken by the National Restaurant Association found that the pandemic has forced roughly 100,000 restaurants to close their doors. “That’s one in six restaurants,” the survey reads. “Some 40% of operators also said that ‘it is unlikely their restaurant will still be in business six months from now [without] additional relief packages from the federal government.’”

The study also shows that overall, Americans are spending less at restaurants now than they did before the pandemic, even with increased takeout and delivery options. Colder weather decreased the amount of revenue many establishments were bringing in from outdoor dining options. They have also found that servers are likely to see a reduction in the number of tips they receive when they enforce CDC guidelines like wearing masks and social distancing
inside establishments.

Some efforts have been made to prevent larger businesses from snapping up relief funds. For the first 21 days after the bill goes into effect, priority will go to establishments owned by veterans, women, and other disadvantaged groups. Publicly traded companies and restaurants with 20 or more locations will be excluded from the bill, and “over $5 billion will be set aside for smaller venues whose annual gross receipts were below $500,000, leaving $23.6 billion for everyone else.”

Unlike with previous relief efforts, companies will not be penalized if their grant money isn’t spent on payroll, meaning they are free to use the money for other overhead expenses like rent or utilities. Whatever they spend it on, it has to be used up by the end of the year. The amount each business will receive will be determined by subtracting their receipts from the pandemic-ridden 2020 fiscal year from the “normal” 2019 fiscal year.

The bill also allows for citizens with individual earnings under $80,000 and joint filers earning under $160,000 to receive $1,400 stimulus checks and extends the $300 Federal Pandemic Unemployment checks through the first week of September. Under this bill, parents receive $3,000 per child in 2021 or up to $3,600 per child under the age of 6. This means that while the efforts to raise the minimum wage to $15 may have failed in Congress, the vast majority of hospitality and entertainment industry workers will be receiving some financial support.

The entertainment industry has also been hit hard by the pandemic-induced recession. Due to social distancing guidelines, many venues have not hosted a single event in over a year. Many local venues like The Masquerade have relied on live streaming tickets, merchandising sales, and donations to remain above water since March 2020. Many venue owners are hoping to rehire their staff from March of 2020, repair or maintain their property, and get ready for when they are able to reopen their doors. The small business-oriented portions of the American Rescue Plan Act targeting live venues should work to help venue owners achieve those goals.

While the past year has been difficult on everyone, there are plenty of reasons to be hopeful. Over 3,880,000 vaccines have been administered in the state of Georgia, COVID case numbers are down, and this new bill is allowing small business owners in some of the hardest-hit sectors to seek relief while providing some monetary support to their employees. These may be the first steps to finally getting back to normal.