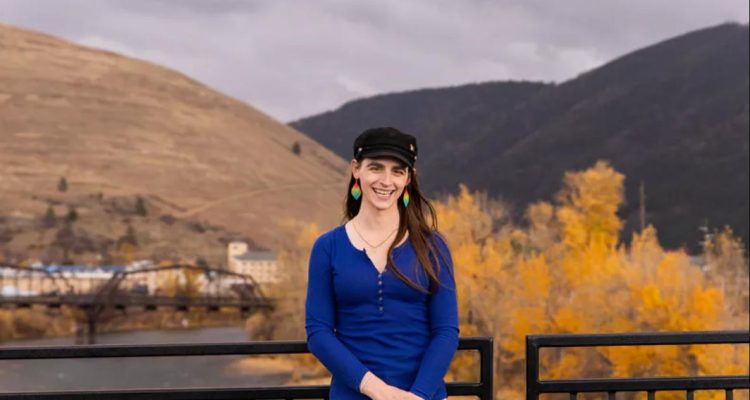 The midterm election takeaway for transgender and nonbinary Americans and their families is a mixed bag of optimism and dread; all dependent on locale, leadership and the balance of power which is at this moment still undetermined.

Los Angeles Blade contributor, author and thought leader Brynn Tannehill, who describes her perspective as “somewhat contrarian,” tweeted that she sees the next two years leading up to the 2024 presidential election as “highly unpredictable, chaotic, illogical and radical,” and advises her followers to “buckle up.”

While Republicans and the mainstream media have egg on their face for predicting a “red wave” on Tuesday, the wave they apparently didn’t see coming was a rainbow of lesbian, gay, bisexual, trans and nonbinary winners.

As the Los Angeles Blade reported, Democrat Tina Kotek narrowly defeated her Republican opponent in Oregon to become one of the nation’s first out lesbian governors. She follows Democrat Maura Healey of Massachusetts, who received nearly twice as many votes as her GOP competitor.

Healey, Kotek and a dozen others were among the 678 LGBTQ candidates on the Nov. 8 ballot — an increase of 18 percent over the 2020 general election, when 574 candidates ran for office, according to the LGBTQ Victory Fund, a political action committee that supports LGBTQ candidates. At least 340 out LGBTQ candidates won their elections this time around, surpassing the previous record of 336 candidates set in 2020.

Delaware state Sen. Sarah McBride (D), the first trans woman elected state senator in the U.S., following Virginia state Del. Danica Roem (D-Manassas)’s 2017 election as the first out trans state legislator in the country, was among those re-elected, as the Washington Blade reported. Roem was re-elected in 2021.

New Hampshire voters elected James Roesener on Tuesday, making him the first trans man ever elected to a state legislature in the U.S. That’s according to the Victory Fund.

Roesener, a Democrat, defeated Republican Dennis Soucy by a 55-45 percent margin, according to the New York Times, citing data from the Associated Press.

Roesener’s website shows the 25-year-old bisexual lives in Concord with his wife and cat.

“I was born an advocate for the underdog,” he says on his site, “and have never been afraid to stand up for what I truly believe in.”

Democrat Zooey Zephyr is Montana’s first out trans state lawmaker, one of two LGBTQ candidates supported by the Victory Fund that voters elected in a landslide on Tuesday.

“The best way for me to fight for social and economic justice is to get into the room where the laws are being written,” Zephyr wrote on her website.

“I will fight for human rights — from voting rights to trans rights to working towards dismantling the cruelties of the prison-industrial complex. I will also work to address what I see as four of the big, interconnected areas where Montana is failing to adequately help its residents: housing inequality, health care, infrastructure and climate change.”

After a long count, SJ Howell was also elected after easily defeating their Republican opponent. Howell will be Montana’s first out nonbinary state representative.

“Only six trans men serve in any office in the United States of America,” Victory Fund Vice President of Political Programs Sean Meloy told NPR. “Breaking that barrier, I think, is going to be important to showcase to trans men and trans and nonbinary people that they need to keep stepping forward to run, and they can win.”

Minnesota voters elected their first trans state lawmaker: Democrat Leigh Finke, who won in a huge landslide. She defeated Republican Trace Johnson by an 81-18 percent margin. The first-time candidate is a native of the Twin Cities and a filmmaker for the American Civil Liberties Union. She told reporters fighting for her trans neighbors will be a priority.

“In the last two years, we’ve been seeing just a marked increase in the coordinated attacks against trans people and trans communities in the United States and in Minnesota,” she told WCCO-TV. “I just felt like it was absolutely essential to have someone from our community in those rooms.”

Finke celebrated her victory on the dance floor and shared her moves with her followers on Twitter.