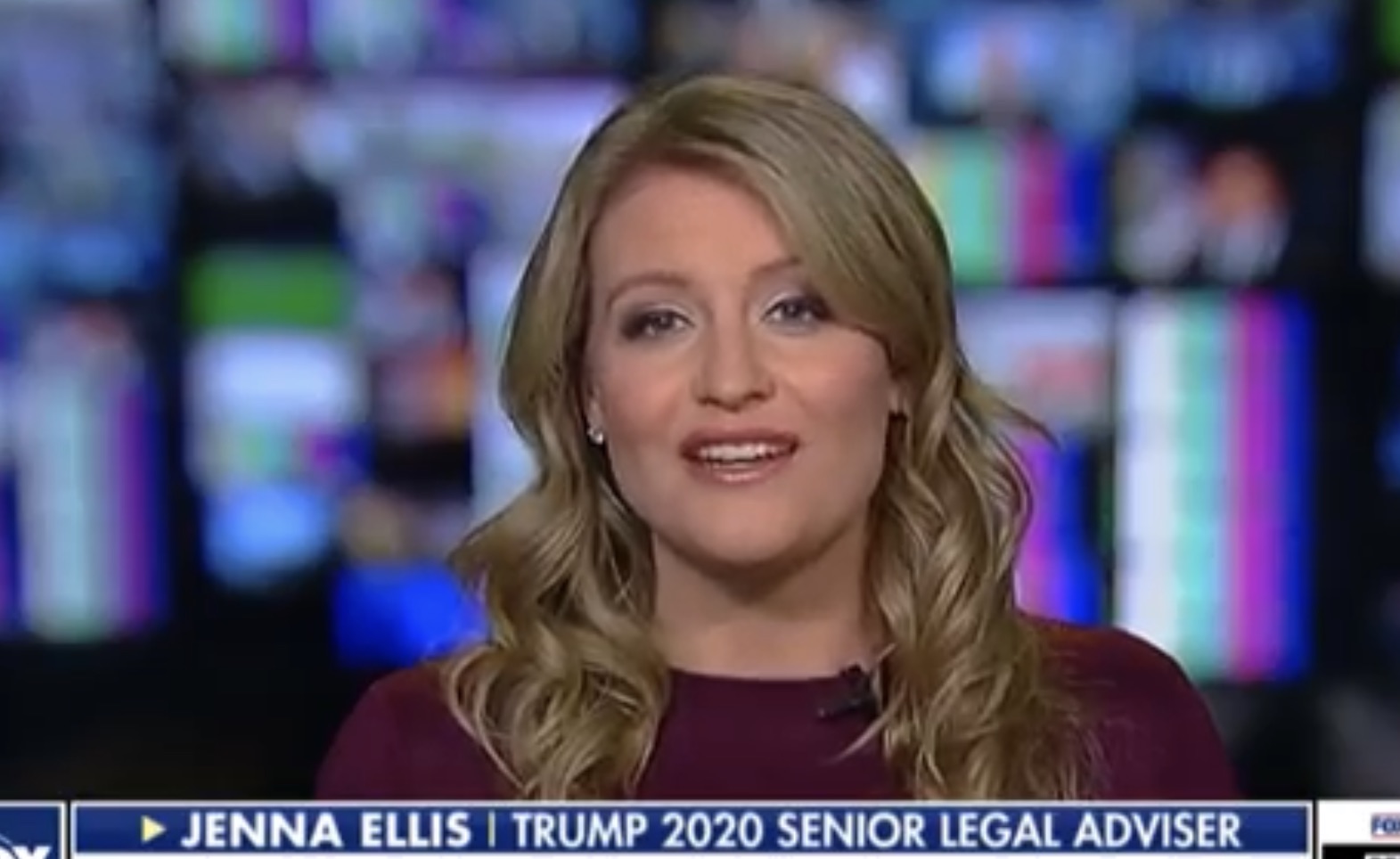 A senior advisor to the president shared a tweet in support of conversion therapy, linking an article that claims it “converts” gay and bisexual people straight.

Jenna Ellis, a Christian conservative activist and pundit hired earlier this year by Donald Trump as his senior legal advisor for the 2020 reelection campaign, shared an article “against ‘conversion-therapy’ bans” with the caption, “No, sexual orientation is no immutable.” 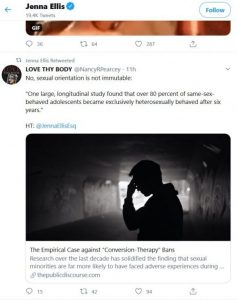 “The fact that many LGBTQ people have childhood trauma in their past argues that these experiences ought to legally be able to be explored in therapy,” Dirks wrote. “This is especially the case for minors, a ground that are often singled out as a particular reason for banning therapy related to sexual orientation or gender identity.”

This support is only the latest anti-LGBTQ sentiment from Ellis. In 2016, she posted an article on Facebook citing higher rates of HIV among gay and bisexual men with the comment, “We cannot escape God’s moral law and His supremacy.” After the 2016 Pulse nightclub shooting, she worried that the 49 deaths would be used to support “the LGBTQ agenda.”

“I’m disappointed conservatives are acquiescing to the LGBTQ agenda,” she wrote. “Let me be clear—the Orlando shooting was absolutely terrible and tragic. But the response to this tragedy should not be embracing and advocating for gay rights.”

Promotion of conversion therapy has been banned by social media platforms Instagram and Facebook. A spokesperson for Twitter told CNN that the platform already bans promotion of conversion therapy, and is “working to make the training decks more clear so that team members have a wide variety of examples to refer to and our enforcement of this is consistent and scaleable globally.”