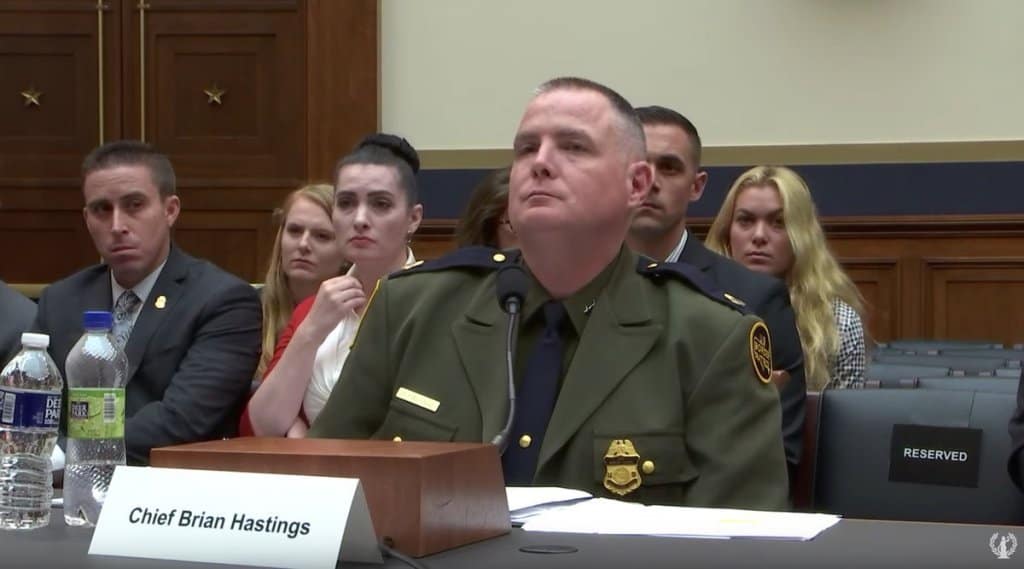 The Trump Administration is reportedly using HIV status as a reason to separate families at the southern border, according to Queerty.

Brian Hastings, the chief of Customs and Border Patrol, was asked by Rep. Jamie Raskin (D-MD) if HIV status qualified as a reason to separate immigrant parents from their children during a House Judiciary hearing on Thursday (July 25).

“It is because it’s a communicable disease under the guidance,” Hastings answered, even though HIV is not spread by contact. He also went on to admit that highly contagious infections like the flu didn’t qualify as grounds for separation.

Hastings’ statement directly contradicts a testimony by Homeland Security Secretary Kevin McAleenan, who previously said that HIV status was not a valid reason to separate families.

Rep. Raskin said in a statement that he was “dismayed” over Hastings’ assertion that HIV status is grounds for the separation of families.

“Of course, we would never allow parents and children to be separated in any courtroom in America solely for this reason,” he said. “As a member of Congress, a citizen, a constitutional lawyer but above all as a father of three children, I am outraged by this unconscionable, irrational and cruel policy. I urge CBP and the Trump Administration to end it tonight.”

Aaron Morris, the executive director of Immigration Equality, said he was “appalled” by the policy, especially considering HIV “has not been considered a communicable disease of public health significance since 2010.”

“We are appalled to learn that the U.S. government is again stigmatizing immigrants living with HIV,” Morris told the Washington Blade. “Separating children from their parents because they are HIV-positive deeply misunderstands basic public health and will irreparably harm families and children.”

Hastings later clarified his comment in a statement to the Washington Blade, in which he said that separations regarding HIV status are handled on a “case-by-case basis.”

“Generally speaking, separations of this type are due to the potential requirement for hospitalization and whether it is in the best interest of the child to wait for the disposition of their parent in HHS or CBP custody,” Hastings said. “Similarly, while a simple flu case would generally not be grounds for separation, complications requiring hospitalization may impact the best approach for maintaining custody of the child.  For these reasons, Border Patrol makes all separation decisions on a case-by-case basis and these decisions are not taken lightly.”