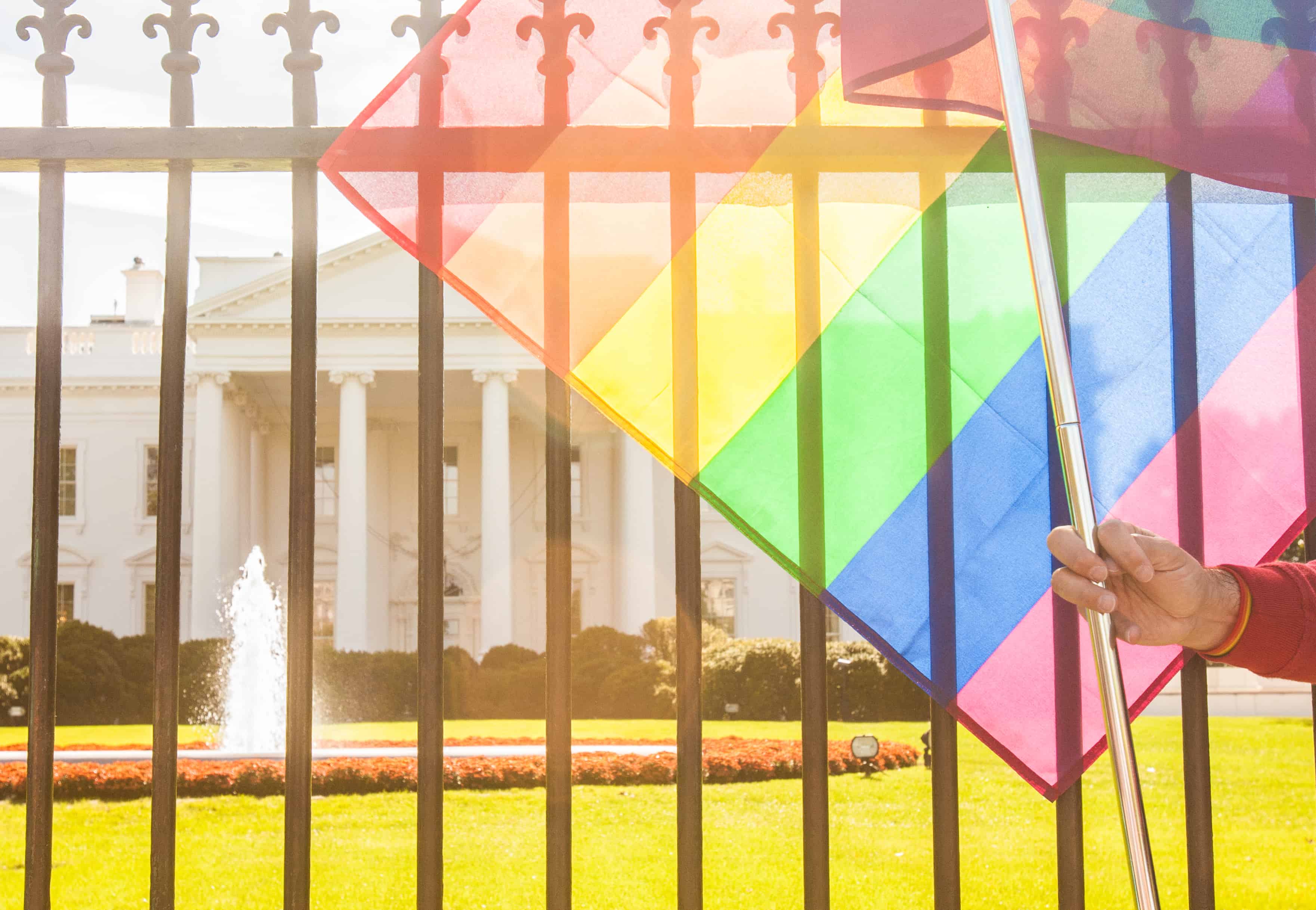 A demonstrator holds a rainbow flag up to the fence surrounding the White House in Washington, DC during the National Equality March for LGBT rights in October 2009.

The transcript released from the testimony of a Commerce Department official illuminated a potential reason why previous plans to add questions about sexual orientation and gender identity to a national survey had stalled, NPR’s Hansi Lo Wang reported.

Four federal agencies previously requested during the Obama administration that such questions be added to the Census Bureau’s American Community Survey, the largest survey in the U.S.

Earl Comstock, an official of the Commerce Department – which oversees the census Bureau – was deposed in August in connection to the lawsuits over a question of citizenship status in the 2020 census.

In the deposition, attorney Matthew Colangelo asked Comstock if questions of sexual orientation and gender identity were omitted “because you came to the policy position you did not want to ask” them. Comstock responded, “That was the administration’s conclusion, yes,” the transcript shows.

Justice Department official Arthur Gary wrote a letter to the Commerce Department in March 2017, informing them of the decision not to follow through on the request for the questions to be added. Gary cited the requirement of “thorough analysis and careful consideration” as motivation for standing down on the agency’s request.

The Census Bureau then stopped evaluating questions of sexual orientation and gender identity as topics for the American Community Survey, announcing in March 2017 that there was “no federal data need” for their inclusion.

However, members of the Department of Housing and Urban Development, the centers for Medicare and Medicaid Services, and the Environmental Protection Agency all requested that the questions be included.

The Survey is conducted with approximately 3.5 million households annually and is used in the distribution of over $400 billion in federal funds, Wang reported.

In July a group of Senate Democrats looked to override this lack of interest by introducing a bill that would require the questions of sexual orientation and gender identity on census forms. While the 2020 census is already going to include new categories of relationships, the bill looks to push further with questions of individual identity. This would take effect by 2020 for the American Community Survey and by 2030 for other census forms.

One of the co-sponsors of the bill, Senator Kamala Harris of California, said that the “shameful” refusal to include the questions was aimed to “promote a partisan agenda,” Wang reported.

The proposed bill raised concerns among some that it could actually be used against members of the LGBTQ community. “Anonymized data about specific demographic groups at levels as detailed as specific neighborhoods can be released by the bureau,” according to Wang. Additionally, many states do not have legal protection against workplace discrimination based on gender identity and sexual orientation.

However, advocates for the bill stress that more information gathered would benefit LBGTQ people. “Census data is critical to understand people’s needs, understand their demographics, and determine where government resources are directed,” David Stacy, the director of government affairs at the Human Rights Campaign, wrote in a statement. “If you are not counted, you don’t count.”