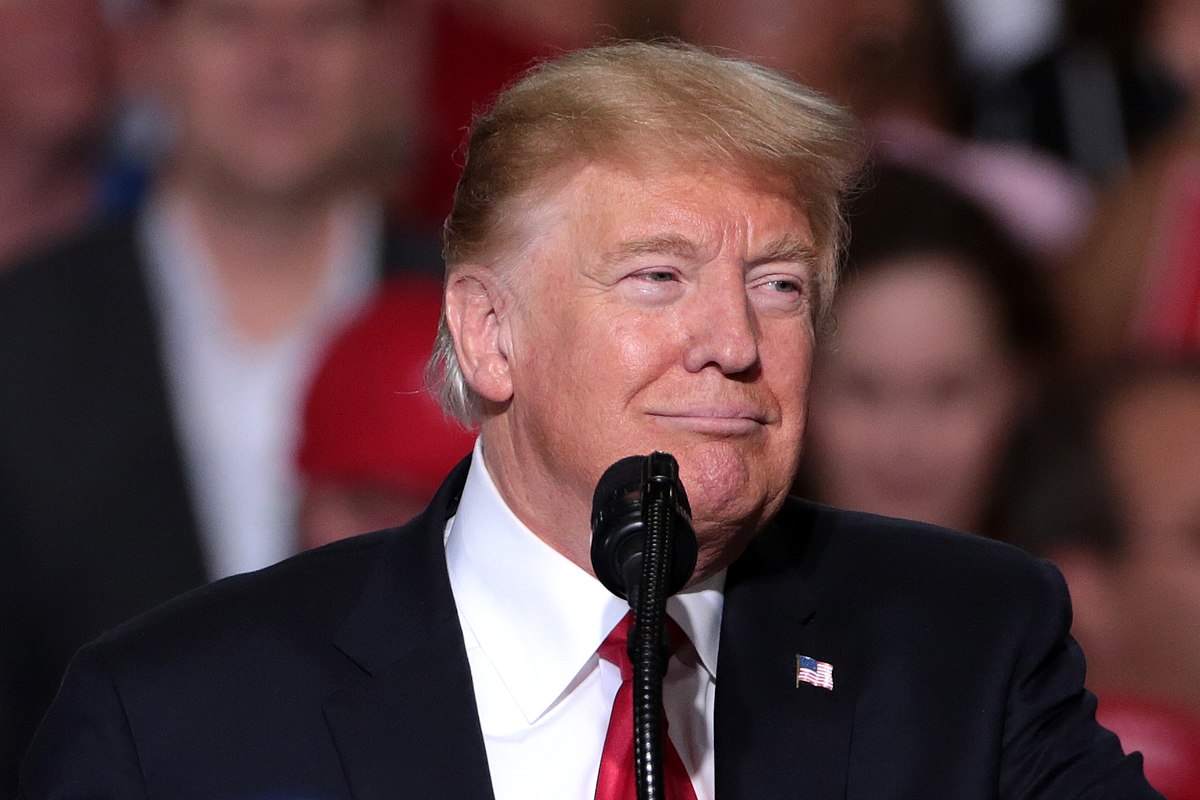 “There has never been such a difference between two parties or two individuals and ideology, philosophy or vision than there is right now,” said Trump.

That much, most people would probably agree with.

Each party’s convention speakers painted the future under the other party as dark and sinister, extreme, and an existential threat to American democracy and constitutional values.

In his nomination acceptance speech Thursday night, Trump said he sees the contrast as either “protecting law abiding Americans” under him or “giving free rein to violent anarchists, agitators, and criminals who threaten our citizens.”

The Democratic agenda, said Trump, “is the most extreme set of proposals ever put forward by a major party nominee.”

“Joe Biden may claim he is an ‘ally of the light,’ but when it comes to his agenda, Biden wants to keep you completely in the dark.”

Keith Boykin, a gay and African American political commentator for CNN, said he thought Trump’s speech was reminiscent of a notorious convention speech from 1992, when Pat Buchanan called for a “culture war.”

“From the invocation of the name of racist Democratic president Andrew Jackson to his repeated description of what he calls the ‘China virus’ to his dire warnings of violence and danger in ‘Democrat-run cities,’” said Boykin, “Trump’s clearest message in his approximately 70-minute speech was focused almost entirely on fear. He preached a fear of violent criminals taking over American cities, a fear of non-white immigrants invading our country, and a fear of progressives changing America’s traditions.”

Trump identified Oregon and Chicago as being among those “Democratic-run” jurisdictions where he believes Democrats are allowing “rioting, looting, arson and violence” to threaten ordinary citizens.

“This problem could easily be fixed if they wanted to,” said Trump. “Just call, we’re ready to go in.”

Responding to a Trump Twitter post August 25, saying the Oregon governor should call on the National Guard to quell protesters in Portland, Brown responded with her own Twitter post, saying “Oregon isn’t interested in a role in your political theater.” She added that the Oregon National Guard is currently occupied with fighting wildfires, distributing personal protective equipment to health care workers, and responding to unemployment calls.

Trump did not voice his support for the LGBTQ community this year, as he did in his acceptance speech for the nomination in 2016.

In 2016, he said, “As your president, I will do everything in my power to protect our LGBTQ citizens from the violence and oppression of a hateful, foreign ideology –believe me.” He also condemned a gunman’s attack on a gay nightclub in Orlando that June.

Charles Moran, managing director for the national Log Cabin Republicans, said that “while the President didn’t address anything LGBTQ-specific, I felt like some of his other remarks directly acknowledged promises he’s made to our community.”

“In the 2016 campaign, the president frequently referenced radical Islamic terrorism and the threat to gays and lesbians. I felt like his comments tonight on ISIS/Iranian terrorism brought me back to that ‘promises made, promises kept’ refrain, which applies to us.”

“When he was discussing the panel of doctors and scientific experts pulled together for coronavirus,” said Moran, “I felt personally impacted as a gay man because people like Dr. [Deborah] Birx and Dr. [Anthony] Fauci have been involved in the fight on HIV/AIDS for decades. In short, just because we didn’t get a shout out doesn’t mean I didn’t feel included as a member of the LGBTQ community.”

One speaker during the final night of the convention did imply support for LGBTQ people: Martial arts organizer, Dana White, president of the Ultimate Fighting Championship.

“As Americans, we work hard to overcome adversity, irrespective of your gender, race, religion or sexual orientation,” said White. “What unites us as a nation is freedom, equality, and opportunity.”

That did not appear to be the message of an earlier speaker.

U.S. Rep. Jeff Van Drew of New Jersey criticized Democrats as being “less supportive of traditional faith and family,” saying the party had moved from “liberal to radical” and was embracing a “radical socialist agenda.” Van Drew has voted against marriage for same-sex couples.

And the evening’s invocation was delivered by Franklin Graham, who also has taken high profile stances against marriage for same-sex couples. His prayer, however, asked to “unite our hearts.”

A White House pool report indicated the crowd on the South Lawn of the White House to watch the Trump speech numbered 1,500 people. CSPAN television cameras scanning the audience revealed that the audience members were seated closely together and very few were wearing masks. Throughout the president’s speech, they chanted and vocalized their approval in ways that likely would facilitate the spread of germs.

Public health officials concerned about the continued spread of the coronavirus have strongly recommended people wear masks and avoid participating in large gatherings where social distancing is not possible.

The Biden campaign bought airtime on many networks covering the Trump speech to broadcast a two-minute message to respond immediately to the president’s attacks. Biden’s ad did include visuals and words in support of LGBTQ people.

Now the presidential race to November 3 begins the final two months, though voting  –early voting and voting by mail – will begin as soon as late September in some states, such as Illinois, Michigan, and New Jersey.

Trump and Biden are scheduled to meet in their first presidential debate on Tuesday, September 29. That will be followed by the only debate between the vice presidential candidates –incumbent Republican Mike Pence and Democratic challenger U.S. Senator Kamala Harris. That debate is scheduled for Wednesday, October 7.