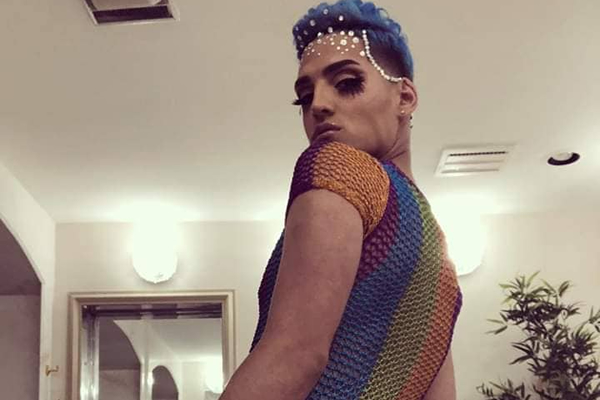 A well-known gay rapper in Puerto Rico was murdered on Thursday.

El Vocero, a Puerto Rican newspaper, reports Kevin Fret was riding his motorcycle through San Juan’s Santurce neighborhood at around 5:30 a.m. when he was shot eight times. He was pronounced dead at Río Piedras Medical Center a short time later.

Billboard reported Fret, 24, was “known by many as the first openly gay Latin trap artist.”

“Kevin was an artistic soul, a big-hearted dreamer,” said his manager, Eduardo Rodríguez, in a statement. “His passion was music, and still had a lot to do. This violence must stop. There are no words that describe the feeling we have and the pain that causes us to know that a person with so many dreams has to go.”

Raymond Rohena of the Puerto Rico Trans Youth Coalition in a lengthy Facebook post described Fret’s murder as a “hate crime,” even though authorities who are investigating it have not publicly disclosed a potential motive.

“Fret transgressed many of the expectations of hegemonic masculinity that dominate the trap genre with his empowered and colorful projection,” wrote Rohena. “Kevin broke many barriers, serving as a very necessary representation, denouncing without filter the homophobia on the part of colleagues in artistic genres that are notorious for their machismo and misogyny.”

“May his memory serve as an inspiration for us to live in an authentic way and to keep opening doors for queer artists who carry their identity in every step they take with pride,” added Rohena.

“Kevin’s Fret murder is painful,” wrote Serrano on Twitter. “My solidarity with his loved ones.”

The murder of a man along a San Juan expressway service road on Jan. 6, which several local residents videotaped from their homes, and another killing in broad daylight have prompted renewed criticism of Puerto Rico Gov. Ricardo Rosselló and his administration’s efforts to fight crime on the island. Resident Commissioner Jenniffer González, a non-voting member of the U.S. House of Representatives who represents Puerto Rico in Congress, on Wednesday asked the federal government for more resources to tackle the problem.

“We must all unite in these difficult times, and ask for much peace for our beloved Puerto Rico,” said Rodríguez in his statement.

Puerto Rico’s murder rate spiked in the months after the hurricane made landfall near Yabucoa on Sept. 20, 2017. Advocates on the island with whom the Washington Blade has spoken have said Maria has left LGBTI Puerto Ricans even more vulnerable to violence, discrimination and poverty.

The New York Times this week named Puerto Rico its top travel destination for 2019, which is indicative that the island’s tourism industry continues to recover from Maria.