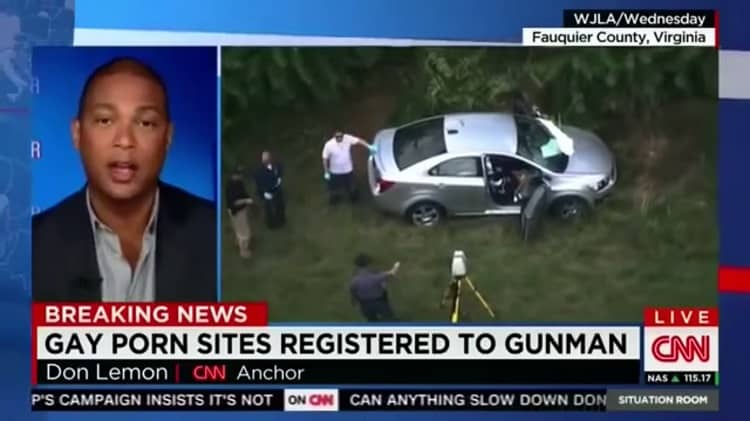 Why is CNN focusing on the Virginia shooter being gay?

In the aftermath of the horrific murders of reporter Alison Parker and photojournalist Adam Ward on Aug. 26, Atlanta-based CNN has bizarrely focused on a random thread of the story—that the shooter Vester Flanagan was gay.

It also gave them the chance to include excerpts like this one.

One of the sites, according to an Internet archive search, offered a place "where you can talk live on video chat cam with your favorite gay hunks, pro and amateur models."

An email that Flanagan used when he set up the sites was also used on a basketball blog soliciting "live webcam models" with "nice bodies." It said the models "must be attractive & muscular."

Again, this is supposedly a report about a double murder.

Throughout each of the reports they continued to run, CNN never drew a link between what Flanagan owning the sites had to do with the shootings. And making their focus on his sexuality even more absurd, they report that he created the sites in 2007 and got rid of them in 2008.

The simple answer to why they're focusing on his sexuality is, just like Lemon said, because it's salacious. It will get hits and ratings. We'll give the last word to left-leaning media watchdog group Media Matters for America, who wrote in a story posted Friday, “Injecting details about Flanagan's unrelated sexual history in reports about the shooting has the effect of associating homosexuality with deviancy, mental instability, and violence in the minds of viewers.”