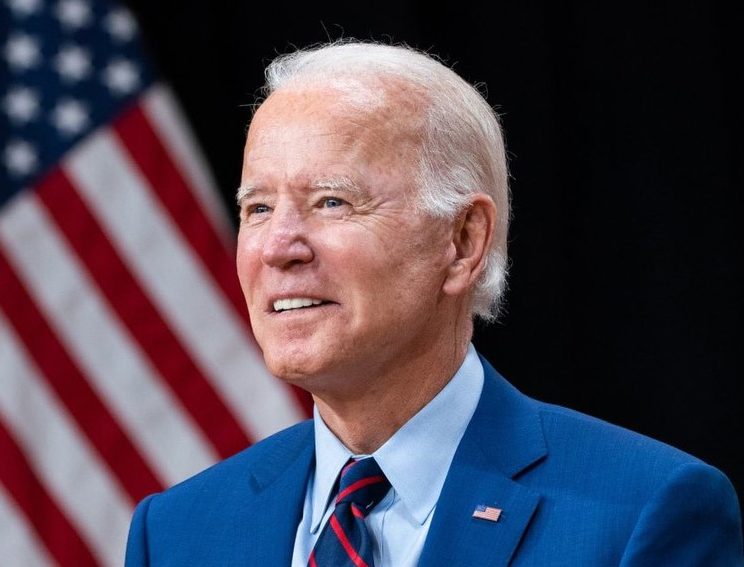 Joshua Chaisson, the gay founder and leader of the Restaurant Workers of America, a national nonprofit group that advocates for employees of dining, drinking, and entertainment establishments, is urging LGBTQ rights advocates to join efforts to oppose a little-noticed provision in President Joe Biden’s $1.9 trillion COVID stimulus package that would end the “tipped wage” system in the nation’s restaurants, bars, and nightclubs.

The provision to end the tipped wage system is attached to the president’s widely publicized proposal in his stimulus package to raise the federal minimum wage to $15 an hour over a phased in period. The U.S. House was expected to vote on the Biden stimulus proposal next week.

Democratic members of Congress, meanwhile, introduced a free-standing bill in January, the Raise the Wage Act of 2021, calling for a $15 per hour minimum wage and the elimination of the tipped wage system.

And Pride at Work, the LGBTQ division at the AFO-CIO, the nation’s largest organized labor group, “adamantly opposes” the tipped wage system and strongly supports the Raise the Wage Act, according to its executive director Jerame Davis.

The tipped wage system, also known as the tip credit, is currently in effect in 43 states and D.C. It allows restaurants, bars, nightclubs and other businesses employing tipped workers to pay those workers a lower hourly wage if the tipped workers earn the equivalent of or a greater amount than the full minimum wage in their respective states and D.C. in tips combined with the lower wage.

If the workers’ earnings fall short of the full minimum wage, the employer is required by state and federal law to make up the difference. The National Restaurant Association has said restaurants and bars historically have operated in a highly competitive market with a small profit margin, making it necessary to keep their labor costs lower than other businesses.

Sean Kennedy, the association’s executive vice president for public affairs, told the Washington Blade that studies have shown the average tipped worker makes between $19 and $25 an hour. But Kennedy said the COVID pandemic has created a severe hardship for everyone in the restaurant and bar business during the past year. He said the elimination of the tipped wage system at this time would be “devastating” for restaurants and the average bar and grill.

“Over 110,000 restaurants nationwide have shut down since the pandemic started,” he said. “When you combine the restaurants that remain open and the ones that have closed – they have laid off two and a half million workers,” Kennedy said in connection with the pandemic. He said ending the tipped wage system would result in more layoffs by restaurants struggling to survive.

Chaisson said ending the tipped wage system would impact the LGBTQ community because, based on his observations, LGBTQ people work in the hospitality industry, including restaurants and bars, in far greater numbers than their percentage in the general population.

“There is a huge swath of the LGBTQ community that is represented in the hospitality industry,” he said. In addition to the industry in general, Chaisson said “overtly LGBTQ spaces” like gay bars and nightclubs also employ large numbers of LGBTQ people and provide historically supportive places for LGBTQ people to meet and socialize as patrons.

Gay nightlife advocate Mark Lee, the director of the nightlife hospitality trade association D.C. Nightlife Council before being furloughed due to the pandemic, said virtually all of D.C.’s gay bars and LGBTQ-friendly nightlife venues operate under the tipped wage system.

“Yes, bartenders and servers at ALL of D.C.’s local LGBTQ venues benefit from the tip-wage system and employer tip credit, which workers strongly support,” Lee said in a statement to the Blade. He said that in the “highly unlikely incidence” that their earnings do not exceed the D.C. minimum wage of $15 per hour, the local tipped workers are “guaranteed” the full minimum wage by the employer.

Council Chair Phil Mendelson (D-At-Large) and D.C. Mayor Muriel Bowser, who supported the Council’s decision to overturn the initiative, said they were persuaded to oppose the initiative by what they called a groundswell of opposition by tipped workers who called on them to overturn the measure.

Chaisson, who is from Maine, played a lead role in persuading the Maine Legislature to overturn a similar ballot measure passed by voters to eliminate the tipped wage system. News media reports from Maine said tipped workers told lawmakers that their earnings dropped dramatically during the period when the ban on the tipped wage took effect prior to its repeal by the legislature.

Davis, a longtime LGBTQ rights advocate who heads the AFL-CIO’s Pride at Work, has joined other organized labor activists in disputing claims that eliminating the tipped wage system will hurt tipped workers, including LGBTQ tipped workers.

“Workers dependent on tips face all sorts of terrible choices when their wage depends so much on the kindness of each customer,” he told the Blade in statement. “Sexual harassment, discrimination, racism, sexism and more can feel like it’s just part of the job when your wage is determined by how much the customer likes you,” he said.

Davis and other labor activists who oppose the tipped wage system also argue that the requirement that the employer must pay the full minimum wage if the tips fall short of that is not well enforced or followed. According to Davis, some employers have contested claims by servers that they did not make the equivalent of the minimum wage, placing servers in the uncomfortable position of challenging their employers or accepting the lower wage.

Davis said he also disputes claims that restaurants and bars have been “decimated” in the seven states that have eliminated the tipped minimum wage.

“I haven’t heard of any state where bars and restaurants have collapsed due to paying their workers fairly,” he said. “Where is the evidence of this assertion?”

U.S. Rep. Mark Takano (D-Calif.), one of the record number of nine openly gay or lesbian House members elected or re-elected last November, told the Blade in a statement that restaurant sales were “booming” in California prior to the pandemic. California is among the states that eliminated the tipped wage system more than 10 years ago.

Takano said he would not support a proposal by the Restaurant Workers of America to remove the provision to eliminate the tipped wage system from the Raise the Wage Act.

Lesbian Rep. Sharice Davids (D-Kan.) and gay Rep. Chris Pappas (D-N.H.) have not signed on as co-sponsors for the Raise the Wage Act.

A White House spokesperson did not immediately respond to a written question from the Washington Blade asking whether President Biden was aware of concerns raised about eliminating the tipped wage system by tipped workers.

Chaisson of Restaurant Workers of America disputes claims by labor officials such as Davis that many restaurant or bar operators fail to make up the difference if a tipped worker doesn’t make the full minimum wage through tips or that tipped workers are subjected to sexual harassment.

He said employer violations such as failure to pay wages or sexual harassment at the workplace occur at all types of work environments and tipped workers are not subjected to such issues any more or less than any other employee.

He said with tipped workers guaranteed by law to receive at least the full minimum wage, he believes the continued efforts by labor leaders to eliminate the tipped wage system is based, at least in part, on a motive to unionize the restaurant industry, including the thousands of small, community-based and often family-owned restaurants and bars.

“As a proud Democrat all my voting life, I certainly understand and respect the need for organized labor in certain situations,” Chaisson said. “That said, the No. 1 no-no for any union is pay for performance. And pay for performance is our entire job description as tipped workers,” he said.

“Being a tipped worker allows us to be the commissioned-based salespeople that we consider ourselves to be,” he said. “And while their base wage may be the same, the tips in the tipped worker’s pocket greatly depends on their performance and their ability to assure their guests the best possible service.”