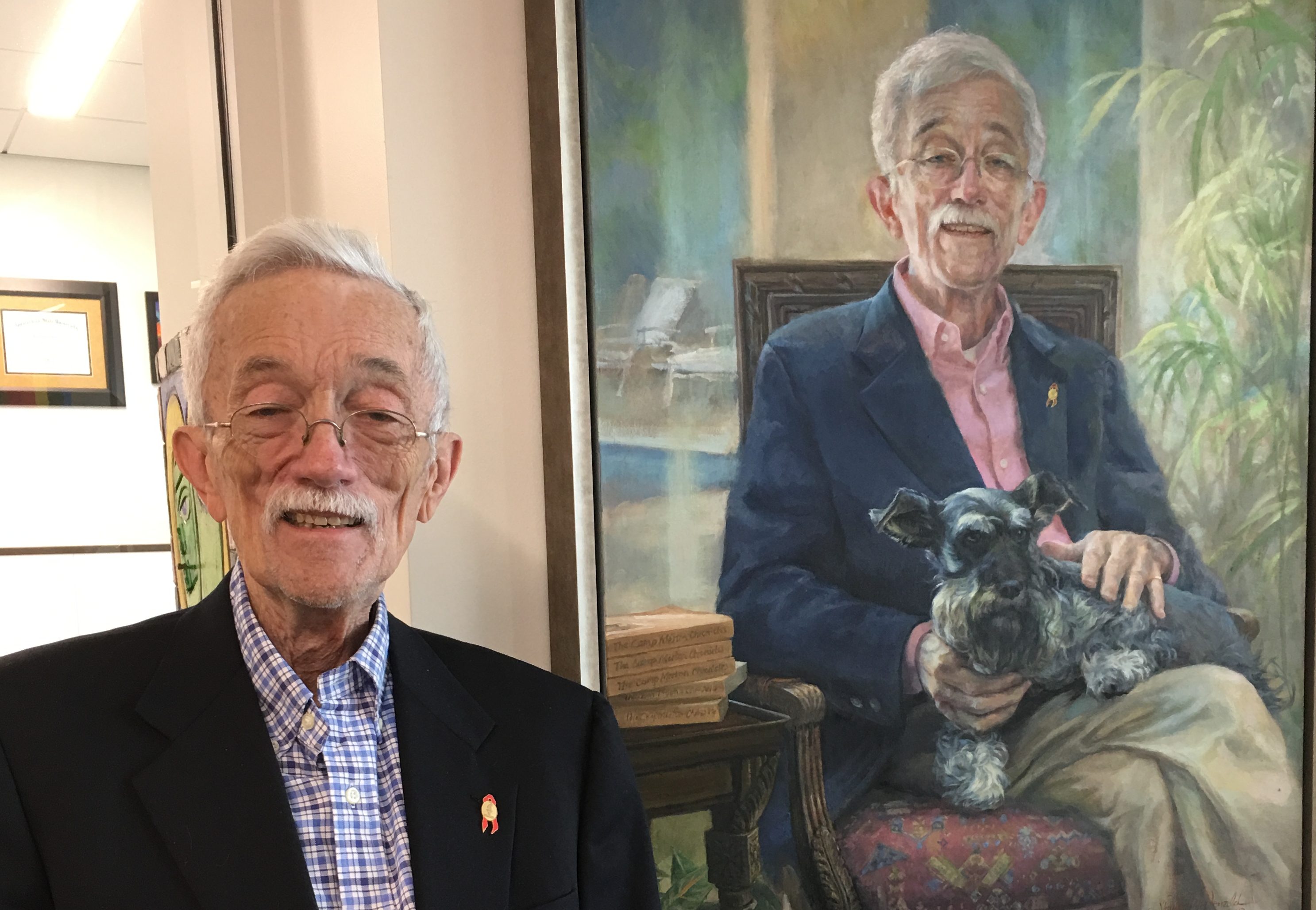 It’s now the largest LGBTQ Center in the UNC-system, located on the East Carolina University, and the state-of-the-art center will now hold the name of one of Atlanta’s most-influential gay activists, Dr. Jesse Peel.

“It’s a bit overwhelming. Especially where it’s located and where I came from,” said Peel in an interview with Georgia Voice.

Peel, a North Carolina native, grew up 20 miles from ECU, attended UNC-Chapel Hill for his undergraduate degree and medical school. But at the time, was still a closeted gay man living life in rural backwoods North Carolina.

“I would’ve never imagined something like this when I was growing up. I was such a backwoods kid. I didn’t come out until my 30s. I might’ve been too afraid to go to it if there were a place like this in Chapel Hill,” he said.

After years of working to provide scholarships to students at ECU, Peel joined a selection committee for scholars. Leaders at the university then decided where Peel would best fit.

“They asked me to be involved in their diversity initiative; this was about 14 years ago,” he said. “In 2011, they opened their first LGBTQ resource office. It started in one small room, and it quickly outgrew the space.”

Since then, it’s grown to serve more than 7,000 student visits every academic year. As the college grew close to 30,000 students, talks of a new student center permeated throughout the university. Could a new LGBTQ resource center be in the new plans? Peel and others lobbied for any real estate in the new 220-thousand square foot facility.

“They not only heard our request, but they also gave us Boardwalk and Park Place. They situated us in the heart of the student center,” said Peel. Along with a vast amount of study space, the 3,200 square foot center also provides students access to a conference room and a lending library that holds more than 500 LGBTQ-related titles. And of course, you’ll know when you’re in the all-inclusive space.

“You’re not going to be able to walk down that corridor without seeing rainbow flags everywhere,” he said. The move really solidifies ECU’s position as a leader in LGBTQ rights in a state that’s seemingly turned red in the past two presidential elections.

“A big red state honey, I love it! The time is really for now,” said Peel, chuckling. “Change is on our side.” The students feel the energy too. Even though it’s a safe place where inclusion will always be a focal point, they’re taking their newfound confidence and understanding of equality, and spreading the messages across campus and around the state.

“The kids that go to this university are mostly first-generation college students. Coming from a rural background, this place is incredible for them. They’re so excited about it,” said Peel. “You tell these kids, look at what the university has given you. They have given you an incredible affirmation that you’re important, that you count.”

The program is still relatively young, about four or five-years-old, and students gain unique experience. ECU sends a group of students to Atlanta for Spring break, a chance for them to experience life in a city that celebrates diversity and not just on college campuses.

“One of the things they said when they were here last year. “Gee, it was just so exciting riding around town, and every once in a while you’d see a rainbow flag,” he said. “We take it so much for granted, and not so much for these kids.”

During the centers official ribbon-cutting and welcoming ceremony on January 12,  Dr. Peel and 350 other attendees from around the state and Southeast spoke to the courage and determination these students have displayed. Each one of them a sprouting part of the future of the LGBTQ world.

“With that comes an obligation. You need to get out there and become your full potential and become the queer leaders we need,” said Peel.