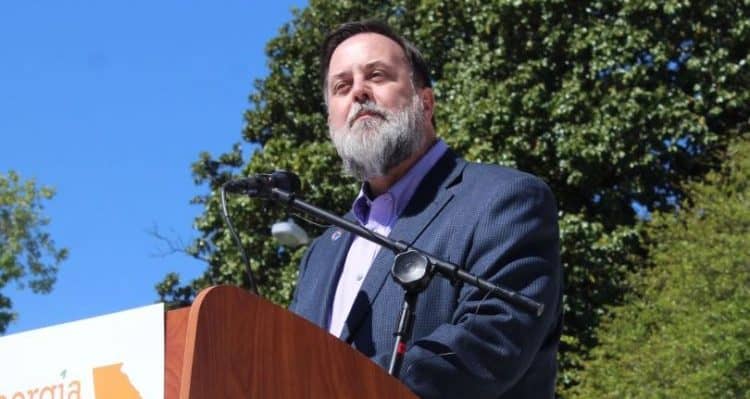 The LGBT community’s need for a comprehensive civil rights bill in Georgia is spelled out in a new report released today, according to Jeff Graham, executive director of Georgia Equality.

“The findings of the study are significant because it is an outside organization … it was able to make comparisons between Georgia and what’s happening in other states, and really put some solid numbers out there,” he said.

The report, “The Economic Impact of Discrimination and Stigma Against LGBT People in Georgia,” conducted by the Williams Institute at the University of California-Los Angeles School of Law, reveals costs related to sex and gender discrimination in employment, family and healthcare settings.

“We estimate that public and private employers risk losing $9,100, on average, for each employee that leaves the state or changes jobs. In addition, many LGBT and non-LGBT workers, in particular those who are younger and have higher levels of education, prefer to work for companies with more LGBT-supportive policies, and in states with more supportive laws,” the report finds.

The business sector has been a leader in diversity and inclusion because companies see the economic benefits of their employees focused on work and not outside stressors, such as potentially having to move because of discrimination, Graham said.

“It’s usually from larger companies that we hear this, but we hear it from smaller and midsize as well. The ability to recruit and retain top talent to the state of Georgia, if there’s a hostile reputation to Georgia, that’s where the economic concerns around discriminatory legislation have been used,” Graham said.

Plus, discrimination in employment and housing can lead more individuals to rely on public benefits. For transgender individuals in particular, the report estimates this can cost Georgia more than $1 million in state Medicaid expenditures and $477,000 in homeless shelter expenses each year.

In terms of health disparities linked to increased stressors like discrimination, data estimate that Georgia’s economy could benefit by between $110.6 to $147.3 million each year if instances of major depressive disorder in LGBT individuals decreased by 25 to 33.3 percent. If smoking rates decreased by that same amount, the state’s economy would benefit between $81.5 to $108.6 million, the report shows.

“State laws in Georgia do not protect LGBT people from discrimination based on their sexual orientation or gender identity, and local ordinances protect only about 5 percent of Georgia’s residents from such discrimination,” said co-author Christy Mallory.

Georgia is one of only three states lacking private-sector employee protections based on sexuality and gender; one of five states with no public accommodations law; and its one piece of anti-discrimination law on housing does not include protections for gender and sexuality, Graham said. Georgia Equality has been at the forefront of developing a comprehensive civil rights bill that protects all people at the state level.

The more verifiable data available means a better chance to make a case for the bill in the legislature, Graham said.