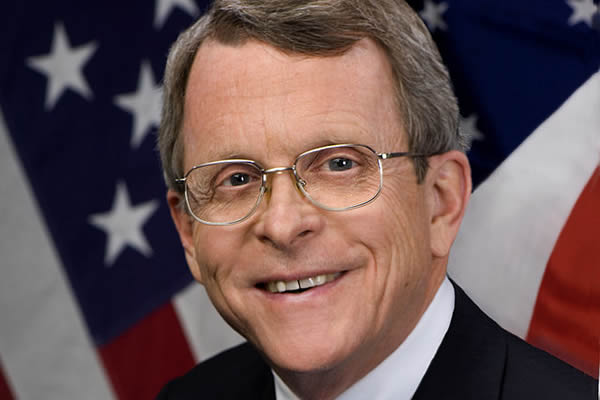 Ohio is one of 31 states that lacks an explicit statewide law barring discrimination on the basis of sexual orientation and gender identity.

“By issuing this executive order protecting state employees, including LGBTQ state employees, from discrimination, Gov. DeWine made a strong statement on his first day that he will be a governor for all Ohioans,” Jochum said. “Ohio is still playing catch-up when it comes to welcoming LGBTQ people –– and we are grateful that the Gov. DeWine, like Gov. Kasich before him, recognizes the need for these common-sense protections in Ohio.”

The order grants multiple avenues of recourse to state government workers in Ohio who believe they’ve been subjected to discrimination in the workforce, such as their supervisors, the Ohio Civil Rights Commission and the U.S. Equal Employment Opportunity Commission. The penalty for engaging in discrimination, as spelled out in the order, could be termination from employment “as well as other sanctions that would be applied to illegal discriminatory conduct under Ohio law.”

DeWine’s action stands in contrast to the executive order signed by Florida Gov. Ron DeSantis, who excluded LGBT people in a non-discrimination that included other categories, including race, religion and sex.

The Ohio Republican’s action may come as a surprise to observers who know his history as a President Trump-supported candidate and an Ohio state attorney general who defended the state’s marriage ban in court.

DeWine fought Jim Obergefell in his effort to obtain for his late spouse who died of Lou Gehrig’s disease a death certificate that recognized the couple as married. That lawsuit, along with others, led the U.S. Supreme Court to rule in 2015 for marriage equality nationwide.

The Washington Blade has placed a request in with DeWine’s office seeking comment on why the new governor included sexual orientation and gender identity in his non-discrimination order.

James Knapp, executive director of TransOhio, also thanked DeWine in a statement and called on the legislature to follow up with legislation to make anti-LGBT discrimination illegal.

“No person should fear being fired from their job for simply being who they are, and today, Gov. DeWine ensured that LGBTQ+ state employees are as free as everybody else to bring their whole selves to work,” Knapp said. “This is a victory for all of Ohio, and we hope that the Ohio legislature will also see the great significance of protecting transgender employees in private empowerment through passage of the Ohio Fairness Act. ”