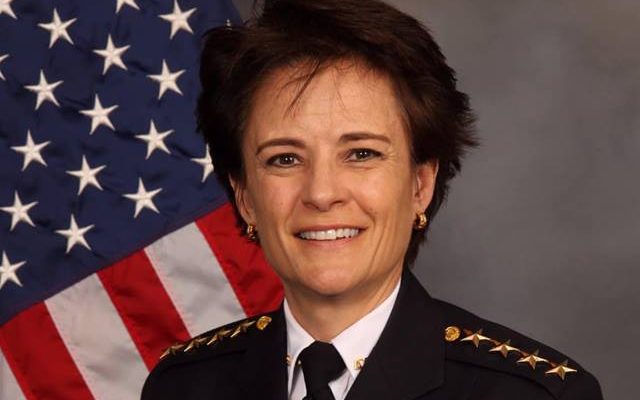 Out Atlanta Police Chief Erika Shields has resigned from her position following the police killing of Rayshard Brooks in Downtown Atlanta.

Brooks, a 27-year-old Black man, was shot and killed by police on Saturday (June 13) after falling asleep at the wheel in a Wendy’s drive-thru. After failing a field sobriety test, officers attempted to place him in custody. According to the director of the Georgia Bureau of Investigation, Vic Reynolds, Brooks then ran away “four, five, six, seven parking spaces” before turning around and pointing a Taser at the officer. “At that point the officer retrieves his weapon from his holster and discharges it, striking Brooks,” Reynolds said.

“I firmly believe that there is a clear distinction between what you can do and what you should do,” Mayor Keisha Lance Bottoms said in a press conference regarding the officer’s actions. “I do not believe this was a justified use of deadly force and have called for the immediate termination of the officer.

The shooting involved two officers, David Bronsan and Garret Rolfe. Bronsan has been placed on administrative duty, and Rolfe has been terminated.  Just hours after the shooting, Shields, who came out in 2017 as the first ever openly gay chief of the Atlanta Police Department, submitted her resignation.

“Chief Erica Shields has been a solid member of APD for over two decades and has a deep and abiding love for the people of Atlanta,” Bottoms said in a statement. “And because of her desire that Atlanta be a model of what meaningful reform should look like across this country Chief Shields has offered to immediately step aside as Police Chief so that the city may move forward with urgency and rebuilding the trust so desperately needed throughout our communities.”

Former Assistant Police Chief Rodney Bryant will serve as interim police chief as the city launches a national search for a replacement, according to ABC News. Shields will continue to work with the APD in some capacity, according to Bottoms.

“For more than two decades, I have served alongside some of the finest men and women in the Atlanta Police Department,” Shields said in a statement following her resignation. “Out of a deep and abiding love for this City and this department, I offered to step aside as police chief. APD has my full support, and Mayor Bottoms has my support on the future direction of this department. I have faith in the Mayor, and it is time for the city to move forward and build trust between law enforcement and the communities they serve.”