The public is invited to the Phillip Rush Center on June 9 to discuss the topic of lesbian, gay, bisexual and transgender immigration with a panel of experts ranging from attorneys to individuals who have dealt with immigration issues. The discussion will cover federal law as well as Georgia laws. 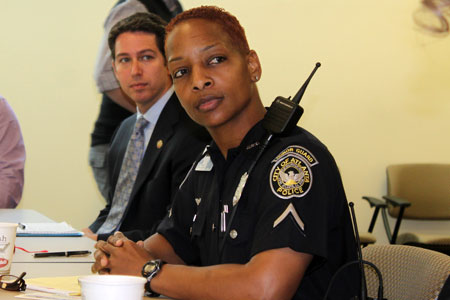 Senior Patrol Officer Patricia Powell, the new LGBT liaison for the Atlanta Police Department, has stopped in at least one gay-owned business to introduce herself as part of her new duties.

“My initial thought [of Powell] is I’m impressed,” said Philip Rafshoon, owner of Outwrite Bookstore & Coffeehouse, who said Powell dropped into his store about two weeks ago and also attended the Pearl Cleage reading on May 20.

Mayor Kasim Reed pledged earlier this year that Atlanta would have at least two fulltime LGBT police liaisons, but confusion remains as to whether Powell’s appointment truly fulfills that goal.

Out of the Closet & Into the Streets

To celebrate late gay activist and politician Harvey Milk’s birthday, LGBT activists are gathering on the steps of Savannah’s City Hall in a show of solidarity and visibility.

House Speaker Nancy Pelosi reassured representatives of several LGBT organizations this week that the Employment Non-Discrimination Act (ENDA) and a measure to repeal Don’t Ask Don’t Tell (DADT) will get votes this year.

Gay strip club Swinging Richard’s was the target of burglary earlier this month, according Creative Loafing. 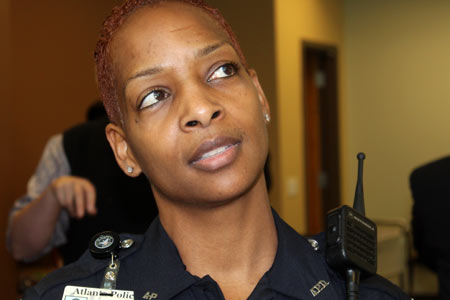