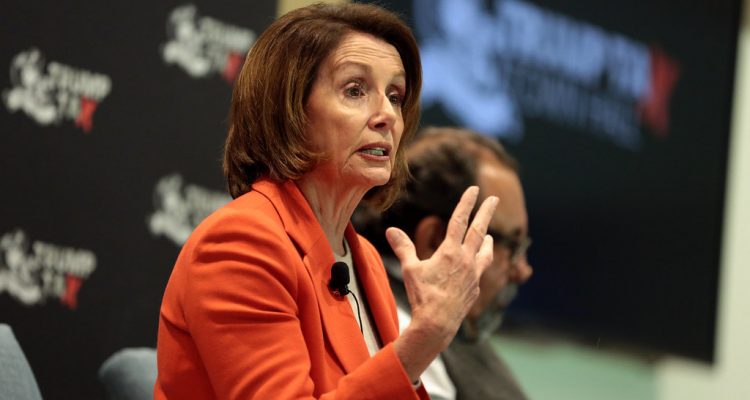 House Speaker Nancy Pelosi hinted at the possibility of legislation to codify the right of same-sex couples to marry, which many fear is in danger after the U.S. Supreme Court’s decision overturning Roe v. Wade, as part of an effort to secure “freedoms which Americans currently enjoy.”

Pelosi suggested such legislation could be in the works in a “Dear Colleague” letter on Monday to fellow members of the House Democratic caucus addressing plans for congressional action after the ruling last week in Dobbs v. Women’s Health Organization, which eliminated the right for women to access an abortion.

The concurrence of U.S. Associate Justice Clarence Thomas is a core component of the letter from Pelosi, who expressed consternation about his rejection of finding unenumerated rights under the 14th Amendment of the U.S. Constitution.

“It is still appalling to me that the Chief Justice of the Supreme Court would agree that a Constitutional right does not exist if it was not spelled out explicitly and in public when the 14th Amendment was ratified over 150 years ago,” Pelosi said. “While this extremist Supreme Court works to punish and control the American people, Democrats must continue our fight to expand freedom in America. Doing so is foundational to our oath of office and our fidelity to the Constitution.”

Thomas said in his concurring opinion he welcomes vehicles that would allow the court to revisit other major decisions, such as the Griswold decision guaranteeing the right to contraceptives; the Lawrence decision decriminalizing sodomy for same-sex couples and others; and the Obergefell decision legalizing same-sex marriage nationwide.

Although Pelosi doesn’t explicitly say she’ll introduce legislation on same-sex marriage, she brought up “access to contraception and in-vitro fertilization to marriage equality,” then added, “Legislation is being introduced to further codify freedoms which Americans currently enjoy. More information to follow.”

“It is clear from how Donald Trump and Mitch McConnell stacked the Supreme Court that elections have ramifications,” Pelosi said. “It is essential that we protect and expand our pro-choice Majorities in the House and Senate in November so that we can eliminate the filibuster so that we can restore women’s fundamental rights – and freedom for every American.”