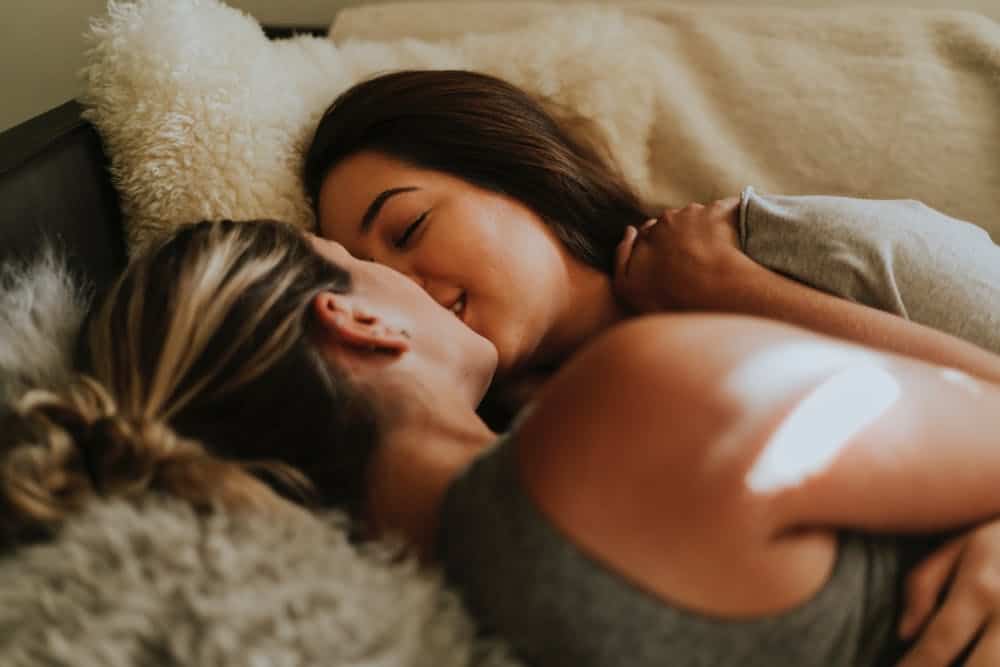 Percentage of Bisexual Americans on the Rise, Survey Finds

The number of Americans identifying as bisexual appears to be increasing, helmed by young women of color, according to the latest biannual General Social Survey (GSS).

In 2018, more than 3 percent of Americans identified as bisexual on the survey. Compared to 2008, when the survey first started asking about sexuality, the number has increased – 1 percent identified as being attracted to both men and women.

While bisexuality has seen a steady increase over the decade, this increase is not reflected in those identifying as lesbian or gay. 1.6 percent identified as LG in 2008 vs 1.7 percent in 2018, with the highest point actually being in 2016 with about 2.2 percent. 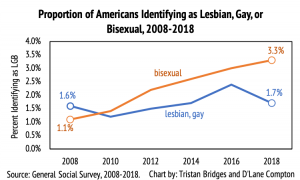 Sociologists D’Lane Compton and Tristan Bridges analyzed the data, finding that women were at the helm of the uptick in bisexual identities. While the percent of gay men, lesbian women, and bi men have all remained generally steady, the percent of bi women has been rising every year. 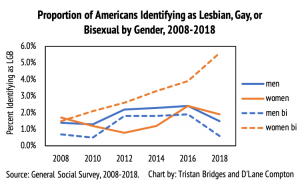 These trends were also seen among young and black Americans. The sharpest increase in bisexuality was seen in those ages 18-34, and while the percentage of those identifying as bi has increased among all races, the most increase has been seen in black people. Black bisexuals accounted for almost 7 percent of black respondents in 2018. 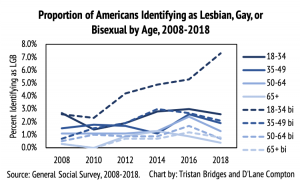 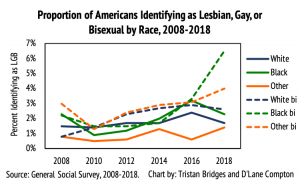 These same trends were reflected in a survey from Gallup, as well.

“Gallup reported that much of the change in LGBT identification between 2012 and 2016 could be accounted for by young people, women, college-educated people, people of color, and those who are not religious,” the sociologists wrote.

Compton and Bridges also wrote on the importance of bisexuality that can be seen because of this data.

“We should care about bisexuality as a sexual identity, because as a sexual identity, it is one that continues to be on the rise,” the wrote. “And, as both of us has written about previously, if we are going to continue to group bisexuals with lesbian women and gay men when we report on shifts in LGB populations, this might be something that deserves better understanding and more attention. Context matters in how we understand identities and how they change or evolve over time.”