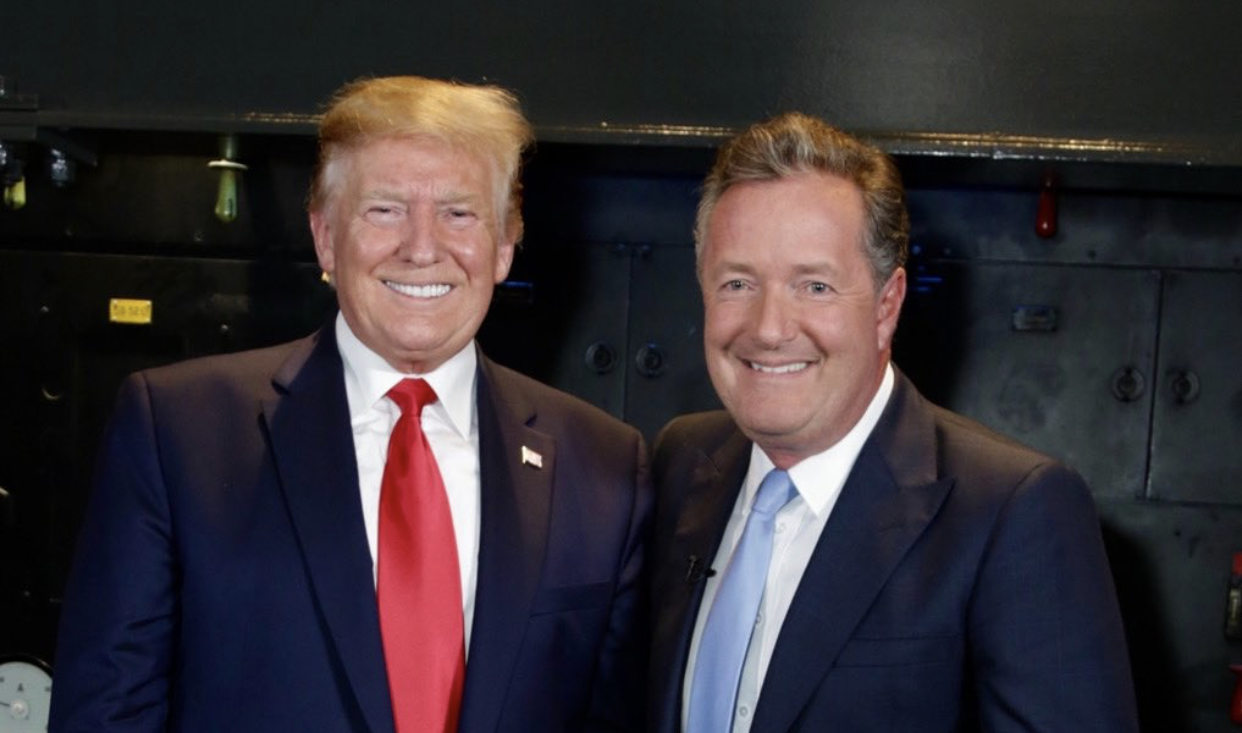 In an interview with Piers Morgan of Good Morning Britain, President Donald Trump claimed that transgender troops can’t serve because “they take massive amounts of drugs;” a claim experts say is untrue.

'You have to have a standard and you have to stick by that standard.'

The POTUS defends his decision to ban transgender people from serving in the military.@piersmorgan | #GMBTrump pic.twitter.com/heBUjhwiUH

Morgan asked President Trump about his transgender military ban, which officially went into effect in April 2019. The President defended the ban, saying they’re prohibited from serving because of the drugs they take.

“They take massive amounts of drugs, they have to, and you’re not allowed to take drugs,” Trump said. “I’m proud of them, but you have to have a standard, and you have to stick by that standard, and we have a great military and I want to keep it that way.”

Jane Schacter, an expert on gender and sexuality law at Stanford University, told the Washington Post that this statement was “incorrect.”

“Many members of the military use prescription medication, and it is made available to them worldwide,” Schacter said. “Hormone therapy, in particular, is prescribed, including to manage the gynecological needs of non-transgender service members.”

Joshua Safer, the head of Center for Transgender Medicine and Surgery at Mount Sinai Health System, agreed with Schacter, saying that no military policy prevents transgender troops from taking hormones.

President Trump also cited the cost of gender reassignment surgery as justification of the ban.

However, expert organizations say the cost isn’t as large as President Trump claims it is – since 2016, the military has spent about $8 million on transgender healthcare. This is only a fraction – about 0.0002 percent – of the $50 billion annual military healthcare budget. Furthermore, the Naval Postgraduate School in Monterey, California estimated in 2017 that the ban itself would cost $960 million to implement, making the ban cost more than the actual healthcare currently does.