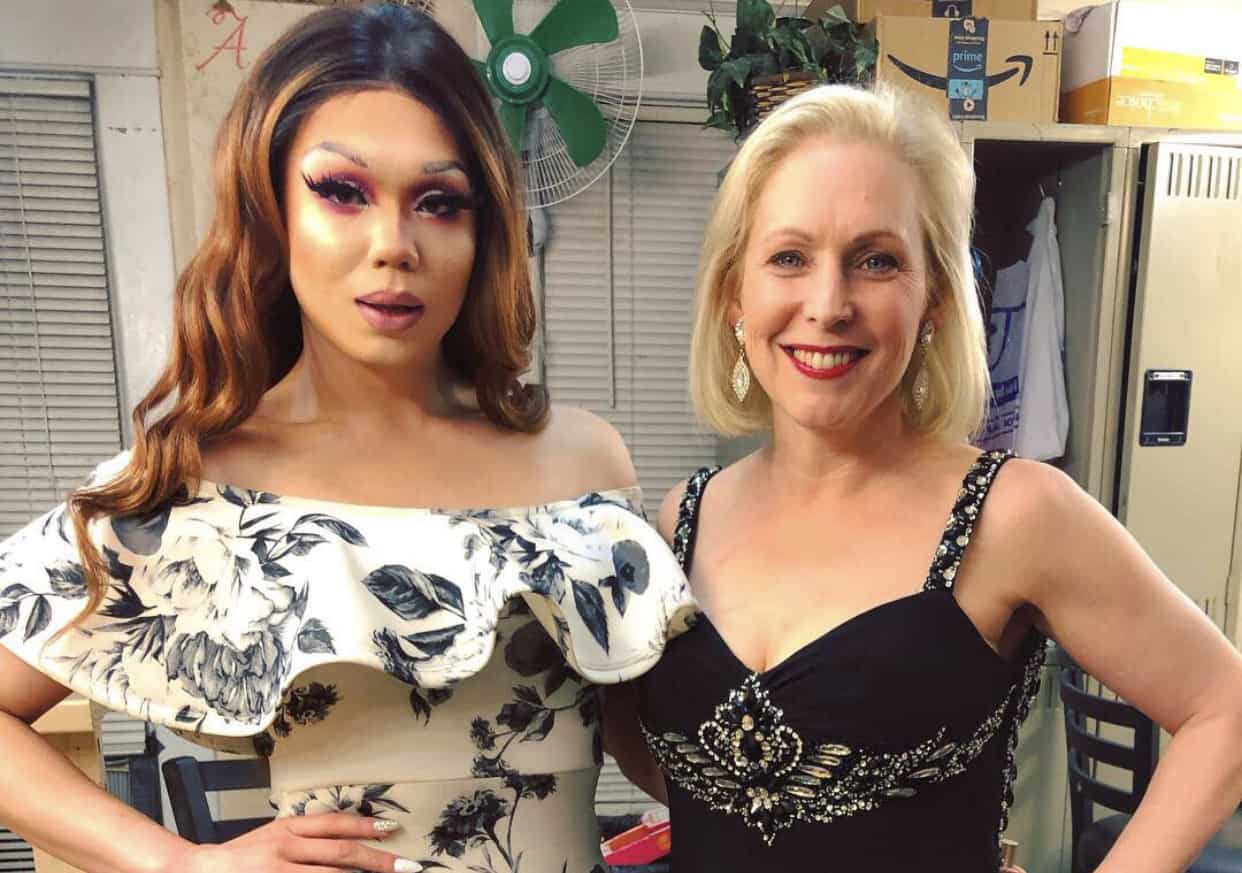 Presidential hopeful Kirsten Gillibrand partied with drag queens in Des Moines, getting glam and swapping looks with one of the queens, reported the New York Post.

The senator from New York visited a gay bar called the Blazing Saddle on Friday night (April 19), posting pictures of her and performer Vana to Twitter.

Vana and the amazing queens at the Blazing Saddle in Des Moines invited me for a visit tonight before their show. I felt underdressed, so I brought a dress I picked up yesterday—turns out it fit me, but it fit Vana even better! Thank you for having me, ladies! pic.twitter.com/l0ISbENSwg

“I felt underdressed, so I brought a dress I picked up yesterday – turns out it fit me, but it fit Vana even better!,” she wrote. “Thank you for having me, ladies!”

Gillibrand announced her bid for presidency in March, launching her campaign with promises of universal healthcare, paid family leave, an end to gun violence, and a Green New Deal.

While her campaign video featured LGBTQ images like a Pride flag and a rainbow “Equality” hat, she doesn’t mention any specific LGBTQ issues in her campaign promises.

However, she announced this week that she was hosting a fundraiser in New York with Marti Gould Cummings, an LGBTQ activist and drag queen, where she will talk with her about the issues affected the LGBTQ community and America as a whole.

For the first time in the history of the United States a presidential candidate is sitting down one on one with a drag queen to discuss the issues.

This is a huge moment in our history.

Join me as I speak with @SenGillibrand about lgbtq issues on May 2https://t.co/PEm8lqRG0H pic.twitter.com/xbtno3jLeL

The senator has been fundraising since January but has made just $3 million in the first quarter – a relatively low sum for a sitting U.S. Senator. In comparison, Pete Buttigieg, whose political experience is limited to being Mayor of South Bend, Indiana, raised $7 million in his first quarter.

She has also not received a lot of public support, not managing to break the 2 percent threshold in any polls.