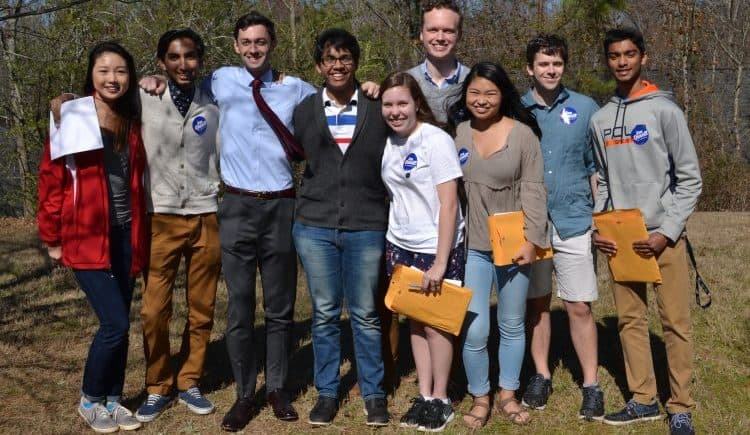 Late last week, the Pride Fund to End Gun Violence Political Action Committee announced its endorsement of Jon Ossoff, one of five Democrats and 19 candidates overall vying to be the next Congressional representative for Georgia’s sixth district.

According to a statement issued by the PAC, this election “is a prime opportunity to elect a Democratic candidate who will stand up and speak out for LGBTQ equality.”

In the statement, Ossoff said he was proud to accept the endorsement, and applauded the PAC for its dedication to fighting discrimination and anti-LGBT actions. The endorsement came following a questionnaire the PAC sent, Ossoff’s communication manager Andy Phelan confirmed.

Ossoff told Georgia Voice he’d be “a strong and outspoken ally of the LGBTQ community.”
“I’m honored to have the support of advocates at the local and national level who want a representative from Georgia who will stand up for equality,” he said.

Ossoff has also been endorsed by Rep. John Lewis, the League of Conservation Voters, Human Rights Campaign and Democracy for Action, among others.

“Pride Fund to End Gun Violence is a political action committee formed in the wake of the tragic murder of 49 people at Pulse nightclub in Orlando,” Jason Lindsay, the PAC’s founder and executive director, said in the statement. “In response to this violence against members of the LGBTQ community and our allies, Pride Fund is working to elect more candidates who will both support LGBTQ rights and take action to implement sensible gun reforms.”

Lindsay said the PAC reviewed Ossoff’s platform and record, and said he represents “the kind of leader we need — one who won’t prioritize special interests over Americans’ civil rights and safety.”

Keatley, Edwards, Ossoff, Slotin and Hernandez explicitly state in their platforms they will stand up for LGBT rights at the federal level, if elected.

The special election for the Sixth Congressional District will be held on April 18.