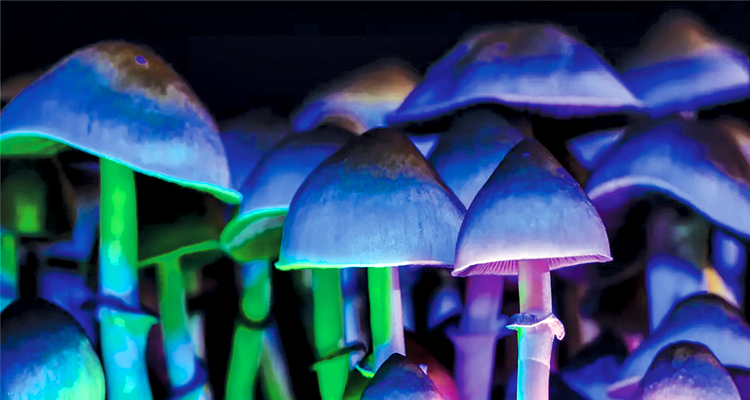 Psilocybin Could Be Next Frontier for Depression and Anxiety Treatment

Treatments for clinical depression and anxiety range from medication to psychotherapy, but there is a new, experimental treatment in consideration by researchers as of late: magic mushrooms.

A study published November 4, 2020, by Johns Hopkins Bayview Medical Center researchers from the Center for Psychedelic and Consciousness Research in Baltimore, Maryland found that psilocybin (more commonly known as “magic mushrooms”), when given in conjunction with psychotherapy, decreased depressive symptoms in participants.

This study, conducted in 2017 and 2019 at Johns Hopkins, consisted of 24 participants who had long-term histories of depression. They received doses of psilocybin and followed up with researchers one week and four weeks after receiving the treatment. Most participants showed improvement and half ended up “achieving remission” — essentially depression-free or at least symptomless — when followed up with four weeks after receiving the experimental treatment.

Researchers at Johns Hopkins have also conducted studies over the years that have found psilocybin decreases cancer-related anxiety in cancer patients and may lead to helping smokers quit and treatments for alcohol abuse.

But Johns Hopkins is not the only place where psilocybin research is being centered when it comes to treating various psychological disorders.

Compass Pathways, which is an organization that is “dedicated to accelerating patient access to evidence-based innovation in mental health,” ran a study this year with over 200 participants that also showed marked improvement in the symptoms of people receiving psilocybin treatment as opposed to a control group that received a placebo.

Some states are legalizing psilocybin for therapeutic use. In 2020, following the release of the results from the Hopkins study, the state of Oregon legalized it and laid out plans for its therapeutic use. On a federal level, though, psilocybin continues to be considered a Schedule I drug, meaning it is a drug “with no currently accepted medical use and a high potential for abuse,” according to the United States Drug Enforcement Administration. Other examples of these include marijuana, peyote, and heroin.

Furthermore, these treatments are new and still in the process of being researched, in spite of their success in studies like the one at Hopkins. They are not yet readily accessible, and experts warn about potential adverse effects and lack of in-depth research, saying not to try psilocybin as a means of treating depression just yet.

In a blog post, Psych Atlanta’s medical director Dr. Michael Banov pointed out the risks and unknowns associated with psilocybin as a treatment for mental health problems. He mentions many reasons, including the fact that the substance is currently illegal — you could not receive a prescription for it — and the complexity of using treatments we do not yet know much about the side effects of or whether there are interactions with other medications, etc.

“It’s too risky now,” Dr. Banov writes. “We don’t know if it could make certain patients’ mental health worse or be dangerous with some medications, medical conditions, or supplements you are taking. If you’re looking for treatment alternatives, stick with those with a longer track record and are legal, such as medication combination therapies, off-label medicines that have been shown to be helpful, Transcranial Magnetic Stimulation (TMS), ketamine or Spravato, or natural supplements.”

Symptoms of clinical depression or major depressive disorder (MDD) include persistent feelings of sadness or emptiness, feelings of worthlessness or pessimism, fatigue, trouble concentrating, loss of interest, and crankiness, among many other behavioral and emotional responses.