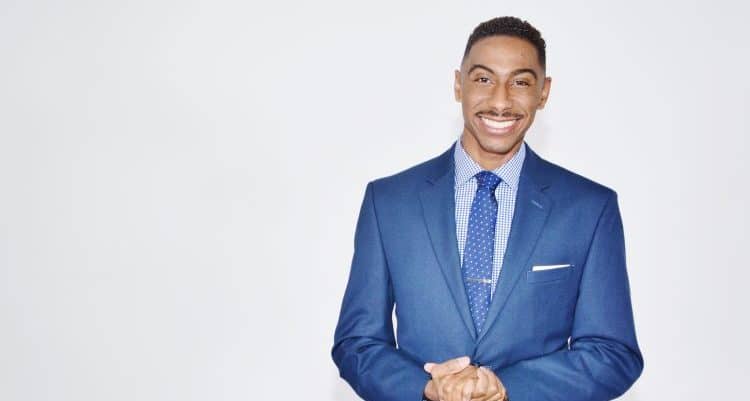 Anthony “Tyai” Green spent 11 years as a LGBT activist, but he wanted a new way to create change in the Atlanta community — so he’s running for the Atlanta City Council’s At-Large Post 1.

“I’ve always been an instrument for the LGBT movement and community as a whole. I got tired of talking about the change and decided to put a little more action in my work, and that’s how we came to my office,” Green said. “Post 1 made really good sense and I was able to cover more areas and touch more people.”

The native Ohioan moved to Atlanta several years ago because he “got sick of the snow,” and almost immediately got involved with LGBT organizations. He was put on the board of In the Life Atlanta, which organizes Black Gay Pride, and later served as its executive secretary. Green now assists ITLA board and works full-time as a residential property manager in an affordable housing community.

He sat down with Georgia Voice this week to chat about his run for office. The at-large post Green seeks is held by incumbent Michael Julian Bond, and he also faces challenger Courtney English, who’s raised more than $130,000 in her campaign.

You’ve been in Atlanta for a while now. What made you decide now was the time to run for public office?

It was just time for a change. Our city is growing and we’re going in a different direction, and it needs the type of leadership that can take it in that direction.

We have had some great leaders who led this city to a certain point. I ran track for many years and I always was in the 4×100, 4×200 races. We always had to pass the baton. In every race, there’s a point you have to pass the baton to get to the next runner to get you to the next point. That’s the same thing in government.

What will your role be as an at-large post, should you get elected?

If something worked in districts 6, 7, 8, I can go to whoever the at-large post is and say, “Hey, I see y’all are doing really good things. How can I get that in districts 1, 2, 3?” and we can more cohesively spread out the implementation and action plan that the city needs to show unity.

They are the bridge between the different districts to help spread out the same message, so when you’re driving down the street you see the same thing in District 1 as you do in District 6.

What do you see as some of the biggest issues in Atlanta that you feel you’re qualified to assist with?

One of the biggest things is the education. The after-school education is a big thing to me. We started a day camp program at our facility where we have breakfasts and lunches brought in, they go on field trips … and be exposed to some of the things they’ve never been exposed to.

I know I’m very passionate about that because I was that kid. We need those kind of places to try and form our youth and educate them … so they don’t feel so desolate and act out.

The other thing that I’m really focusing on is our economy.

You have to have jobs and an economy that can sustain those livelihoods. They have to have a livable wage. If your rent or mortgage is $775 and your light bill is on average $110, your salary is gone. There’s nothing left. You spent your salary on rent and lights.

We have to have companies that want to come to our city and our state and employ our people so they can have better lives. We have to figure out a way to not only lure them here, but retain them.

Are there any LGBT-specific issues in Atlanta you have on your platform?

I really want to get into some of the LGBT laws to make sure that the religious freedom acts are thrown off the table and never see the light of day again. I also want to get more into the security of training companies. We’re a LGBT-friendly city, but we’re a specific group of people that needs training for our transgender community and our youth.

The other thing, I really want to push for our LGBT, same-gender-loving benefits here in the city. They’ve taken away a lot of our stuff in Midtown and kind of downsized our entire role, and I think that’s not fair. … They’re being re-gentrified for the family entity. Well, LGBT people have families. So I want to look into how we can stop that, how we can start building our LGBT community together again. I would like to push for an incentive for LGBT-operated businesses.

There’s been a lot of talk in this election cycle about the possibility of Atlanta having an openly LGBT mayor, city council president and council members. What are your thoughts on this?

Powerful. That’s like a thousand-voice choir to the entire country. Atlanta sets the tone for so many other great cities. It is known as a gay mecca, and that’s a wonderful thing, but that’s not wonderful if we’re not making the proper strides to carry it.

It gives people the courage and lets people know we’re not going anywhere. We are perfectly able-bodied individuals to run cities and states and have positions of authority and power and influence.

There are companies that are looking to see “if [those candidates] can pull this off, I can go there. I’ll have all these different people behind me now.” That’s the kind of forward-thinking they’re looking for.