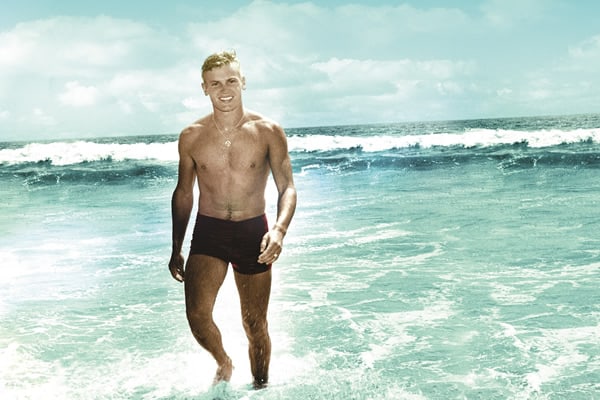 Remembering the Lives we Lost in 2018

Many acclaimed LGBTQ people died in 2018 from the worlds of entertainment, sports, advocacy, business and beyond. They include:

Eddie Weingart, a D.C.-based massage therapist and anti-gun violence activist died at age 39 on Jan. 11. After the 2012 Newtown, Conn. mass shooting at Sandy Hook Elementary School, he helped to found the Project to End Gun Violence. In 2013, Weingart received the “Be the Change Award from the Washington Peace Center for his advocacy.

Dr. Mathilde Krim, a wealthy straight scientist and who was a pioneer in AIDS activism and research, died on Jan. 15 at age 91. She was the founding chairwoman of amfAR, the Foundation for AIDS Research. In 2000, she received the Presidential Medal of Freedom, the nation’s highest civilian honor.

Dennis Peron who led an effort to legalize marijuana for medical purposes in California died on Jan. 27 at age 71 in a San Francisco hospital.

Robert Pincus-Witten, a renowned art critic, died on Jan. 28 at 82 after a long illness.

John Mahoney, British-born actor, beloved for his portrayal of Martin Crane, the father on the hit TV sitcom “Frasier,” died on Feb. 3  at age 77. He was nominated twice for an Emmy for his role on “Frasier.”

Judy Blame, the fashion stylist, died at age 58 from cancer in London on Feb. 20.  There was a retrospective of Blame’s work at the ICA in London in 2016.

Barbara Wersba, an acclaimed lesbian author of books for young adults, died at age 85 on Feb. 18 in Englewood, N.J. She was among the first YA authors to write about same-sex relationships.

J.D. McClatchy, a Lambda Award-winning-poet, died at age 72 on April 10. He was the author of eight poetry collections and several opera librettos, including “Our Town” for Ned Rorem’s settings of Thornton Wilder’s drama.

Richard Peck, a gay author of stories about rape, suicide and other difficult topics for young readers, died on May 27 at age 84.

On April 14, David Buckel, a prominent LGBTQ rights lawyer and environmental advocate, age 60, committed suicide by dousing himself with gas and setting himself on fire, in Brooklyn, N.Y. His death was a political act of self-immolation.

Robert M. Higdon, a friend of President Ronald Reagan and Nancy Reagan and fund-raising director for the Reagan Presidential Library, died at age 58 on June 19.

Dick Leitsch, a pioneering gay rights activist, died at age 83 on June 22 in Manhattan. In 1966, Leitsch led a protest when a bartender at Julius’ in the West Village in New York wouldn’t serve openly gay patrons.

Tab Hunter, a 1950s movie star, died on July 8 at age 86. He was closeted until he came out in his 2005 autobiography (written with Eddie Muller) “Tab Hunter Confidential.”

Tom Gallagher, the first Foreign Service officer to come out publicly as gay, died on July 8 at age 77. “I don’t want any of you… ever to take for granted what it took for people like Tom Gallagher to pave the way for all of you,” Hillary Clinton said in 2012 on the 20th anniversary of GLIFAA, a State Department LGBT employee organization.

Gary Beach, an actor who won a Tony Award for his performance as director Roger De Bris in “The Producers,” died at age 70 on July 17.

Charles Hamlen, the founder of Classical Action: Performing Arts Against AIDS, died at age 75 on Aug. 1.  He started the group, which later merged with Broadway Cares/Equity Fights AIDS, in 1993 five years after his partner died of AIDS in 1988.

John Glines, who won a Tony Award as a producer of “Torch Song Trilogy,” in 1983, died on Aug. 8 at age 84. At the Tonys, Glines thanked his lover Lawrence Lane.  It’s believed to have been the first time anyone at the Tonys said they were thanking their gay lover, reported the New York Times.

Craig Zadan, who with his producing partner Neil Meron, won the Academy Award for best picture for Chicago in 2003, died on Aug. 21 at age 69. They produced “The Sound of Music” and other live musical revivals for NBC.

Lindsay Kemp, a choreographer and teacher of David Bowie and Kate Bush, died at age 80 on Aug. 24. Kemp and Bowie were lovers for a time.

Crime writer Amanda Kyle Williams died at age 61 on Aug. 31. She is the author of the Keye Street series, whose titles include “The Stranger You Seek.”

Disability advocate and gay rights activist Janet Weinberg died on Sept. 1 at age 63.  She was a leader at LGBTQ rights groups, including the Gay Men’s Health Crisis Center.

Jeanne Ashworth, who won a bronze medal in the 500-meter race at the 1960 Winter Olympics in Squaw Valley, Calif., died on Oct. 4 at age 80 at her home in Wilmington, N.Y. She was one of the first women to compete in speedskating in the Olympics.

Ruth Gates, an acclaimed coral-reef biologist and marine conservationist died at age 56 from brain cancer on Oct. 25. Gates advocated breeding a “super coral” to resist the impact of climate change.

Maria Irene Fornés, a playwright who won eight Obie awards, died at age 88 on Oct. 30. Acclaimed for her experimental theater work, she received an Obie for lifetime achievement in 1982. “She’s not spoken of as an important American playwright, and she should be,” playwright Tony Kushner told the New York Times.

Ray Hill, a former Baptist evangelist and ex-convict who became a Houston LGBT rights activist and helped to organize the first gay rights march on Washington died at age 78 on Nov. 24. In the 1980s, he helped to found Omega House for AIDS patients. Hill hosted a radio talk show for prisoners and their families.

Stephen Hillenburg, the creator of the cultural phenomenon “SpongeBob SquarePants” died at age 57 on Nov. 26. Hillenburg, who was straight, had amyotrophic lateral sclerosis.  “SpongeBob,” the animated adventures of a yellow, pineapple-dwelling, sea creature, that airs on Nickelodeon, has a big queer following.