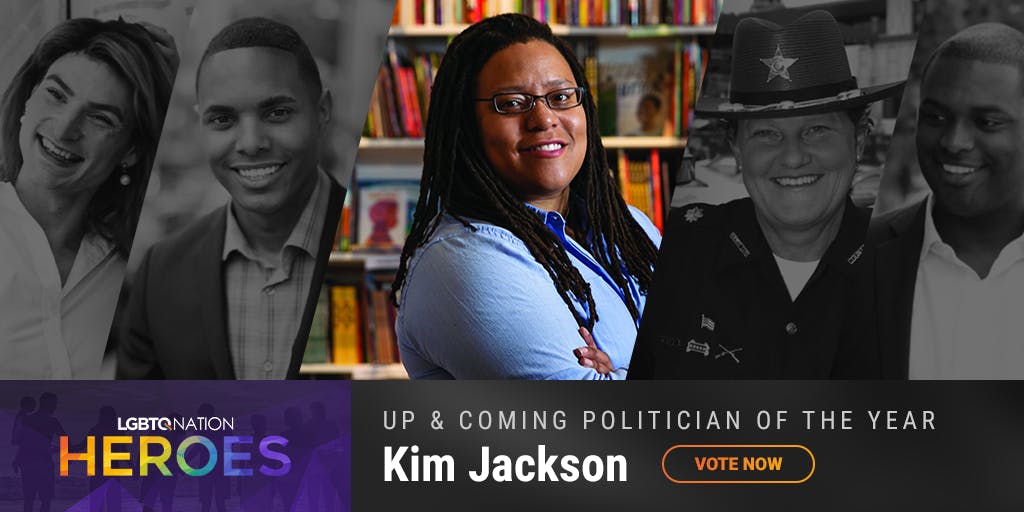 Rev. Kim Jackson Nominated for Up and Coming Politician of the Year Award

Atlanta Rev. Kim Jackson has been nominated for LGBTQ Nation’s Up and Coming Politician of the Year Award.

The award honors the best LGBTQ politicians who are in a bid for local public office. Rev. Jackson is one of five nominees, along with Mondaire Jones, Ritchie Torres, Charmaine McGuffey, and Rosemary Ketchum.

Rev. Jackson has been well known in Atlanta’s LGBTQ community for her role as the first out person of color to be ordained as a priest in the Episcopal Diocese of Atlanta’s 100-year history. This, her LGBTQ-friendly work as a clergy person, plus her work advocating for LGBTQ rights with Georgia legislators earned her recognition as one of Atlanta Pride’s 2019 Grand Marshals.

Rev. Jackson has garnered the support of local LGBTQ advocacy group Georgia Equality, who endorsed her back in June. If elected, she would become the first out LGBTQ person ever to be elected as a state senator in Georgia.

You can vote for Rev. Jackson to win the Up and Coming Politician Award here.