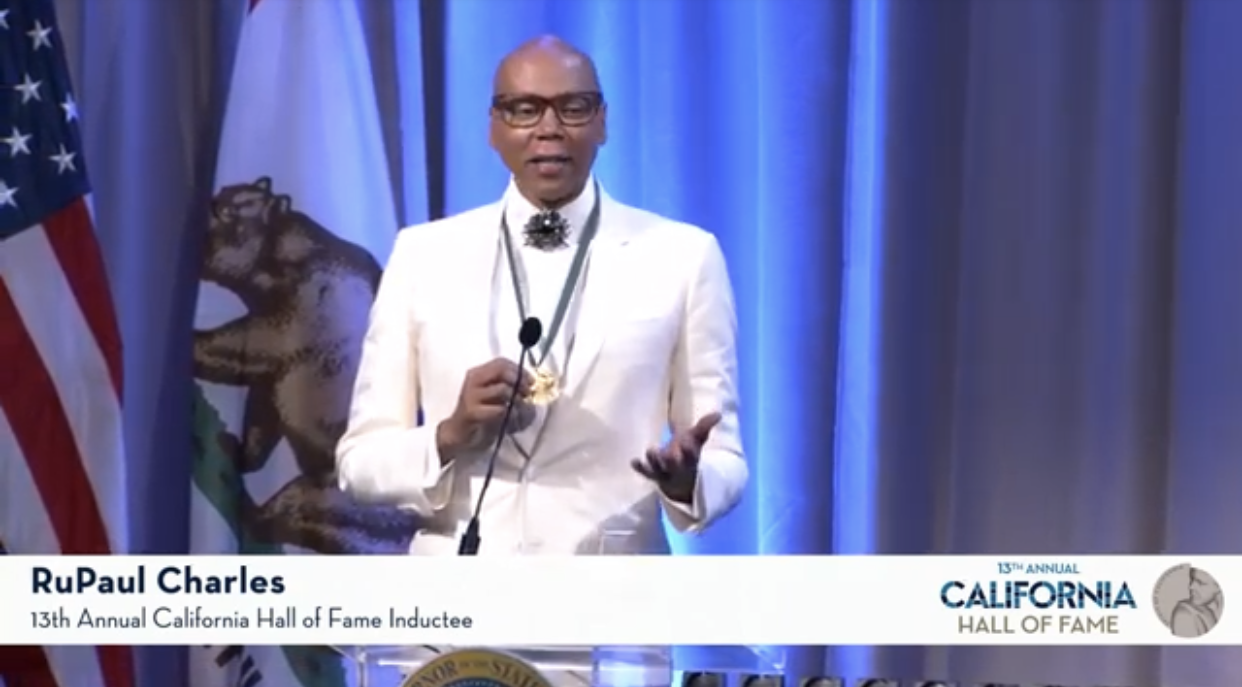 Only months after becoming the first drag queen to get a star on the Hollywood Walk of Fame, RuPaul Charles has been officially inducted into California’s Hall of Fame, according to Out.

RuPaul was one of ten inducted into the California Museum’s California Hall of Fame, which honors legendary people from California who have made their mark on history.  He is the first drag queen to be inducted and joins other recipients Tony Hawk, Dr. Maya Angelou, George Lopez, Brandi Chastain, France A. Cordova, Jeanne Wakatsuki Houston, Wolfgang Puck, Helen M. Turley, and Rev. James M. Lawson, Jr.

“There is perhaps no one person that has done more to dismantle the limiting ‘man box’ we put our boys and men into than RuPaul,” said the governor of California’s wife, First Partner Jennifer Sibel Newsom. “RuPaul has simply made American media and our larger culture a more inclusive place, and he has done it with incomparable fabulousness.”

Charles accepted the honor in an all-white suit and brooch, giving a speech about how he wound up being born and raised in San Diego after his parents moved to California from Louisiana during the Great Migration of the 1950s.

“The real trailblazers moved away and moved to California,” he said. “California has this incredible spirit to it of frontiersmen, of trailblazers, people who aren’t afraid to take on a challenge. I am so proud to be a part of that legacy and to take that ingenuity and spirit with me and carry that torch around the world, wherever I go.”