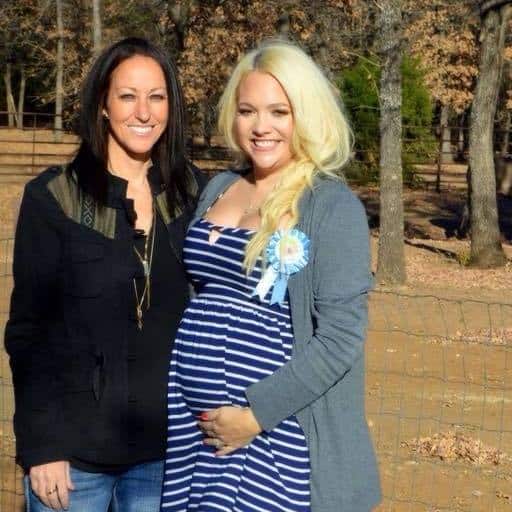 “I wanted to be pregnant for so long and so bad,” Ashleigh told NBC 5. Her wife, Bliss, added that she “always wanted to have a child,” but didn’t want to carry.

“Obviously, us being two women, we were like, ‘How can we make this happen?’” Ashleigh said. “We felt like there has to be a way.”

The couple, who live in Dallas, Texas, underwent a reciprocal effortless In Vitro Fertilzation (IVF) procedure, where Bliss carried the embryo for five days while it fertilized, and Ashleigh was impregnated with the embryo and carried it to term. This appears to be the first IVF pregnancy of its kind.

The pregnancy was successful; their son, Stetson, was born in June.

The device which made the procedure possible, INVOcell, was developed by Dr. Kathy Doody, a fertility specialist at the CARE Fertility in Bedford, Texas, alongside her husband Dr. Kevin Doody and scientist Jason Broome.

The fertility specialist told PinkNews the idea “is not novel, but the difference is that the eggs usually go into a Petri dish [in traditional IVF cases].”

According to Dr. Doody, INVOcell is “the size of a champagne cork.” It’s filled with sperm and an egg, then inserted into the vagina to be fertilized.

“In this case, the magic happens in the body,” she continued to PinkNews. “A laboratory provides a static set temperature and atmosphere… but humans do that all the time, naturally.”

Dr. Doody said this process is “more natural’ than traditional IVF; both partners are able to actively participate in the pregnancy.

“Normally what happens is donor insemination, or they would both try to get pregnant with eh same donor sperm, but this allows them to both be part of it,” she told PinkNews. “I do think this is special. I’m excited.”

Since the delivery of Stetson, another same-sex couple in North Texas underwent the same IVF process at CARE Fertility. The couple delivered a baby girl in September.