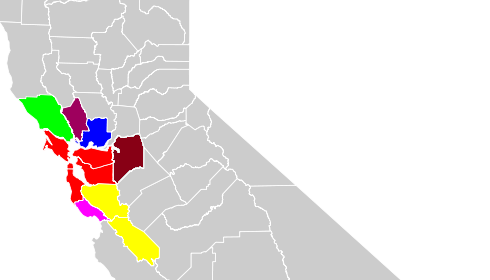 San Francisco is the first city in the U.S. to strategize support and protection for its LGBTQ culture.

“It is really, to my knowledge, one of the most ambitious projects of this type that has been attempted anywhere in the world,” said GLBT Historical Society Executive Director Terry Beswick, a member of the working group for the plan. “What is significant about it, it is an effort, a collaborative effort, between the public and private sectors to really look at the full, big picture of LGBTQ culture and heritage within the context of the larger society.”

Beswick told the Bay Area Reporter that the plan strategizes how public and private entities can atone for the societal and individual discrimination against the LGBTQ community that spans decades.

The timeline for the changes includes a Citywide LGBTQ+ Cultural Heritage Strategy report by the end of 2018. The report will identify the needs of San Francisco’s LGBTQ+ community, articulate the goals of the strategy, and list a process for developing projects to meet those goals.

San Francisco Planning will then adopt the strategy report’s guidelines to implement its goals under a cohesive plan divided into three focus areas: culture, well-being, and opportunity.

The culture category will create a LGBTQ+ Historic Preservation Advisory Group to be “proactive in preserving LGBTQ historic places and sites rather than be reactive,” said Shayne E. Watson, a lesbian and architectural historian who co-wrote a city document that detailed San Francisco’s LGBT history.

For the well-being category, the San Francisco LGBT Community Center will be tasked with creating a navigation tool for LGBT services. It also suggests LGBTQ+ cultural competency training for San Francisco organizations.

As for opportunity, the plan recommends training and recruitment programs for LGBTQ+ individuals as well as increased support for LGBTQ-owned businesses.

The strategy is a living document, as it can be augmented as old projects are completed and newer ones are proposed.

“I really look at this as an opportunity for us to have some sense of reparation for the LGBTQ community because, while we made some huge advances and we’ve fought some amazing battles over the last several decades, it has really been a fight,” said Beswick.