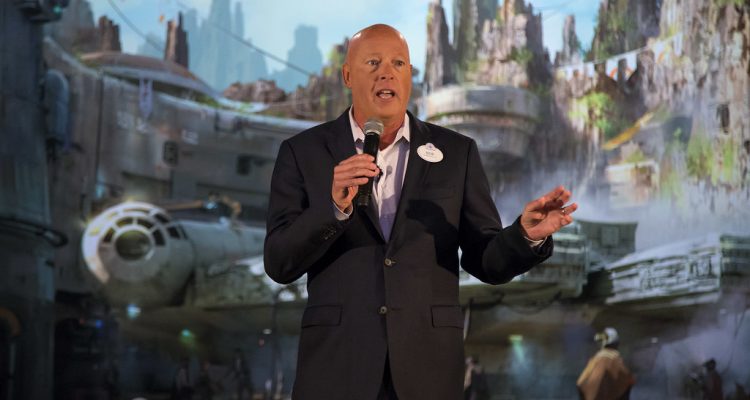 The position of Disney, which has been under fire for its muted response as well as it political contributions to lawmakers behind the “Don’t Say Gay” bill, was confirmed by the company Wednesday via a readout of Chapek’s remarks as reported by the Hollywood Reporter.

Chapek signaled his company’s opposition to the legislation during the annual shareholder meeting. Additionally, Chapek said Disney would donate $5 million to organizations working to protect LGBTQ rights, including the Human Rights Campaign.

With regard to the bill, Chapek was quoted as saying “while we have been strong supporters of the community for decades, I understand that many are upset that we did not speak out against the bill. We were opposed to the bill from the outset, but we chose not to take a public position on it because we thought we could be more effective working behind the scenes working with lawmakers on both sides of the aisle.”

Addressing the contributions Disney has made to lawmakers behind the “Don’t Say Gay” bill, Chapek said Disney was hoping its “longstanding relationships with those lawmakers could lead to a better outcome. Ultimately, we were unsuccessful.” That’s when Chapek reportedly said he contacted DeSantis about the bill.

“I called Gov. DeSantis this morning to express our disappointment and concern that if the legislation becomes law, it could be unfairly used to target gay, lesbian, nonbinary and transgender kids and families,” Chapek is quoted as saying. “The governor heard our concerns, and agreed to meet with me and LGBTQ+ members of our senior team in Florida to discuss ways to address them.”

The Florida Legislature gave final approval to the “Don’t Say Gay” bill, which would bar Florida schools from “instruction” about sexual orientation or gender identity in grades K-3 and otherwise not at “age-appropriate” levels, when the Senate voted 22-17 on the legislation. DeSantis has signaled support for the bill and is expected to sign it.

Fabrice Houdart, managing director of Out Leadership and organizer of a letter to Disney urging the company to speak out against the “Don’t Say Gay” bill, said Chapek’s words were too little too late.

“We continue to ask companies to step up the economic heat on lawmakers nationwide as they attack the dignity and well-being of our children and families in a series of bills motivated by animus and political gains,” Houdart said.

A DeSantis spokesperson, in response to an inquiry from the Washington Blade, confirms via the governor spoke with the Disney CEO, but said “the governor’s position has not changed.”

“Disney is known as a family-friendly company that creates wholesome entertainment for kids,” the spokesperson said. “The same Florida parents who take their families to Disney also support parental rights in education, because they do not want their young children exposed to inappropriate content about sex and gender theory at school.”

UPDATE: The Human Rights Campaign, in a statement after news reports broke on the Disney CEO coming out against the “Don’t Say Gay” bill, signaled it wouldn’t accept the donation until “meaningful action is taken.”

“The Human Rights Campaign will not accept this money from Disney until we see them build on their public commitment and work with LGBTQ+ advocates to ensure that dangerous proposals, like Florida’s ‘Don’t Say Gay or Trans’ bill, don’t become dangerous laws, and if they do, to work to get them off the books Businesses have had and continue to have a major impact in the fight for LGBTQ+ rights, from marriage equality to the defeat of House Bill 2 in North Carolina and beyond,” said Joni Madison, interim president of the Human Rights Campaign. “While Disney took a regrettable stance by choosing to stay silent amid political attacks against LGBTQ+ families in Florida — including hardworking families employed by Disney — today they took a step in the right direction.”