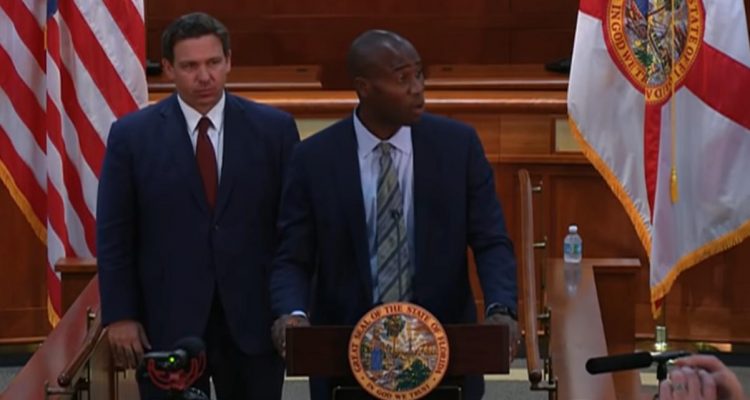 Within hours of a report issued Thursday by the Florida Agency for Health Care Administration recommending state health officials disallow healthcare services for treatment of gender dysphoria for children and adolescents in the state, Republican Gov. Ron DeSantis’ administration asked the state board regulating doctors to essentially ban transition-related care.

In a letter that was obtained by NBC 6 in Miami, Florida Surgeon General Joseph Ladapo wrote:

The current standards set by numerous professional organizations appear to follow a preferred political ideology instead of the highest level of generally accepted medical science. Florida must do more to protect children from politics-based medicine.

Otherwise, children and adolescents in our state will continue to face a substantial risk of long-term harm. The agency ultimately concluded that ‘available medical literature provides insufficient evidence that sex reassignment through medical interventions is a safe and effective treatment for gender dysphoria.’

I encourage the board to review the agency’s findings and the department’s guidance to establish a standard of care for these complex and irreversible procedures.

NBC 6 pointed out that the two-pronged effort ensures that DeSantis can act quickly and without the need for legislative approval.

“Florida’s assault on transgender communities has been relentless. This latest attack from the agency that oversees the Medicaid program comes just two months after the Department of Health targeted medically necessary health care for trans youth.”

In a joint statement the groups noted:

As stated in USPATH’s detailed position statement responding to Florida’s actions: “These efforts lack scientific merit, and in some cases misinterpret or distort available data, or otherwise lend credence to individual opinions in the literature that are at odds with the overwhelming majority of experts and publications in this field.

Florida’s health agencies have an obligation to support the health and wellbeing of its residents, including those who are transgender. The state has instead chosen to issue misleading and dangerous reports designed to harm transgender people. WPATH and USPATH will continue to challenge each and every one of these unconscionable attempts to thwart trans health care.”