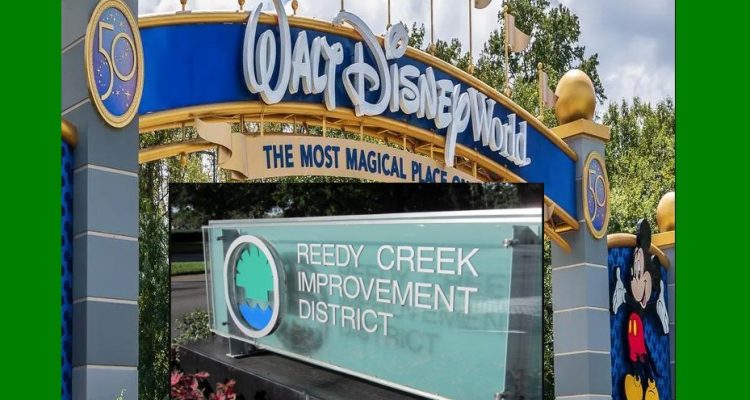 Homophobia is Costly — The Disney Debacle in Florida

In the weeks that followed the debate and then passage of Florida’s ‘Don’t Say Gay’ law, the feuding between Republican Governor Ron DeSantis with his legislative allies and the Walt Disney Company culminated in the Republican-controlled legislature passing a bill Thursday that repeals a 55 year-old law allowing Disney World to operate as a self-autonomous quasi governmental body.

The reasoning according to DeSantis and Republicans is that the Walt Disney Company was trying to impose their “woke” liberal agenda on Florida’s residents by publicly calling out the governor and GOP lawmakers for their transparent homophobia and transphobia now codified into that widely criticized law.

The problem according to political observers and journalists is simply that in their collective haste to “punish” Disney for taking a public stance on a measure designed to erase LGBTQ+ people from discussions in the state’s schools, it has become obvious that Florida Republicans have just created a massive economic deficit for the Central-Florida jurisdictions of Osceola and Orange counties as well as collateral negative fiscal impact on the City of Orlando.

The Republican lawmakers and DeSantis seem to have as the old saying goes, “not done their homework.”

Orlando based political and general assignments journalist with ABC affiliate WFTV 9, Nick Papantonis, outlined the impact in a Twitter thread:

“There’s a lot of misinformation and confusion about what the end of Disney’s Reedy Creek district means for the company and for taxpayers. Here’s what I know, after talking to lobbyists, lawyers and tax officials:

For those of you who haven’t heard, Reedy Creek is the special tax district of Walt Disney World. It’s essentially its own city. Disney pays taxes to Reedy Creek, which operates a fire department, planning department, sewer treatment plant and public works department.

On the other hand, Disney controls Reedy Creek, which means if they want to build a new hotel or highway, they just have to ask themselves for permission. The biggest loss for Disney is the end of that control.

It’s a lot easier to ask yourself for permission than to go to the county. While they already follow all laws and building codes and they’ll still get everything they want, it’s going to slow the process down.

Potholes might develop on roads that they no longer pave themselves. They can’t just call a meeting or alter their comprehensive plan on a random Friday. They also can’t quickly finance new public projects like a fire station.

The bigger issue for everyone else is the tax revenue. Disney already pays the same local property taxes as every other landowner. Reedy Creek added its own tax on top of that to pay for its projects. That tax – $163 million per year – is illegal outside of the district.

When Reedy Creek goes away, that tax goes away, and Orange and Osceola Counties can’t do anything to get it back. However, the counties will now be responsible for all of the services Reedy Creek provides and all of the debt it has accumulated.

They can’t raise sales taxes or impact fees. So, the counties will have to raise property taxes. They must tax every property equally – not just Disney – and therefore it’s expected that property taxes in Orange County will rise as much as 25% next June.

Osceola, much smaller and less wealthy, is still working on its figures, but it’s going to be a hit to them as well. Many of that county’s residents work for Disney or have jobs derived from WDW. They’ll be paying their employer’s taxes now.

Lawyers largely agree that the state followed all the laws while doing this. They agree Disney may sue, but probably doesn’t have much ground to stand on. Some believe a vote of residents or delegates from the district is required to make this legal.

That doesn’t appear to be the case here because a vote was never held to implement the district 55 years ago. Essentially, Disney will lose some control of its property, and get a $163 million per year tax break and ~$1 billion of debt passed onto taxpayers.

Some things will be negotiated – Disney still controls Bay Lake and Lake Buena Vista, two actual towns within RCID. Lawmakers might backtrack from this plan during the next session now that they’re realizing what they’ve done.

However, aside from maybe taking away the company’s ability to build a nuclear plant, we have yet to hear how this benefits Florida and especially the local residents in any way.

The residents, by the way, had no say in this vote, no say in their property taxes going through the roof, and no desire to have their communities staring at financial ruin. There is the question of whether the county CAN raise property taxes by 25%, well above the 10% or 3% cap the state imposes. If not, that likely means budget cuts unless the state steps in.

ANSWER: the cap is only on the assessed value of the home. The county would pass the 25% increase as a millage rate.

The most-asked question from my thread: Does Disney have a First Amendment case against the State of Florida? 1A attorneys say they have solid ground to stand on. Retaliation for speech is not allowed, plain and simple.”

In response to Papantonis’ research as outlined, Out Rep. Carlos G Smith the state’s first Latino LGBTQ+ lawmaker who represents a portion of the Orlando metropolitan area noted;

Thanks for breaking this down @NPapantonisWFTV. The legislative staff analysis doesn’t mention these impacts because Republicans rammed it thru without time for review. Squashing dissent against the #DeSantis regime is the only thing that matters to these Republicans.

“The moment that Reedy Creek doesn’t exist is the moment that that those taxes don’t exist,” Randolph said. “You’re literally taking $163 million a year of taxes that Disney pays for Reedy Creek and wiping it down to zero.”

“I don’t see that Orange County doesn’t raise property taxes by 20% to 25%. That’s what Orange County would probably have to do to cover this financial situation.” Orange County Mayor Jerry Demings said if this moves forward, it will be catastrophic for the budget.

The ongoing political drama solicited this response from President Joe Biden at a Democratic Party fundraiser in Seattle Thursday evening after being asked by a reporter for his thoughts on the subject:

“This is not your father’s Republican Party. This is a different deal, not a joke. And it’s not just Trump, it’s the MAGA crowd. It’s all about things that have nothing to do with traditional conservatives I respect conservatives. There’s nothing conservative about deciding you’re going to throw Disney out of its present posture because, Mickey Mouse? In fact, you think we should not be able to say, you know, ‘gay’? I mean, what’s going on here? What the hell is going on here? And it’s just, it’s so, I don’t think this is where the vast majority of the American people are,” the president said.

For its part, the media conglomerate has been silent this past week over the Florida Legislature’s action to repeal the Reedy Creek Improvement District. Some observers noted that Disney’s silence leaves much unknown about how the company will respond, and what its next steps will be. The legislation would take effect in June 2023.