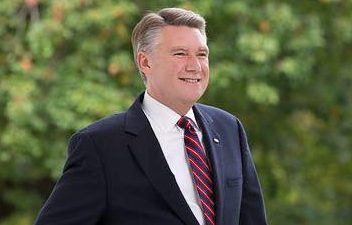 The representative-elect beat out Democrat Dan McCready by only 905 votes. McCready conceded defeat, however after claims of election fraud came to light, he withdrew his concession.

The claims of fraud include the illegal collection of absentee ballots by strangers, called “ballot harvesting.”

“Given the now well-documented election fraud that took place in NC-09, Democrats would object to any attempt by Harris to be seated on January 3,” Hoyer said in a statement. “In this instance, the integrity of our democratic process outweighs concerns about the seat being vacant at the start of the new Congress.”

North Carolina has since dissolved its elections board without certifying the election results after its partisan makeup was ruled unconstitutional.

Harris’ attorney, David B. Freeman, said he was being cooperative with the investigation into the possible fraud and “looks forward to this matter coming to a resolution as quickly as possible so that he may serve the people of the 9th Congressional District as he was elected to do.”

The executive director of the North Carolina Republican Party, Dallas Woodhouse, expressed his support of Harris to CNN.

“Mr. Harris got more legal votes… He should be certified and he should go to Congress,” he said.

ICYMI- my interviews with both @DallasWoodhouse & @WayneGoodwinNC on the new developments today in the controversy over the results in the #NC09 Congressional race. pic.twitter.com/a1h8gfI52u

Harris, who is an evangelic minister, has a history of homophobia, according to Gay Star News. In a sermon he gave in 2015, Harris decried the “moral decay” of decriminalizing homosexuality.

“In one generation you and I have witnessed this country sliding from a nation who once shared a moral vision based on Judeo-Christian ethic to a nation floundering in moral decay… We have watched in one generation where homosexuality was once criminalized to now we see the criminalization of Christianity.”