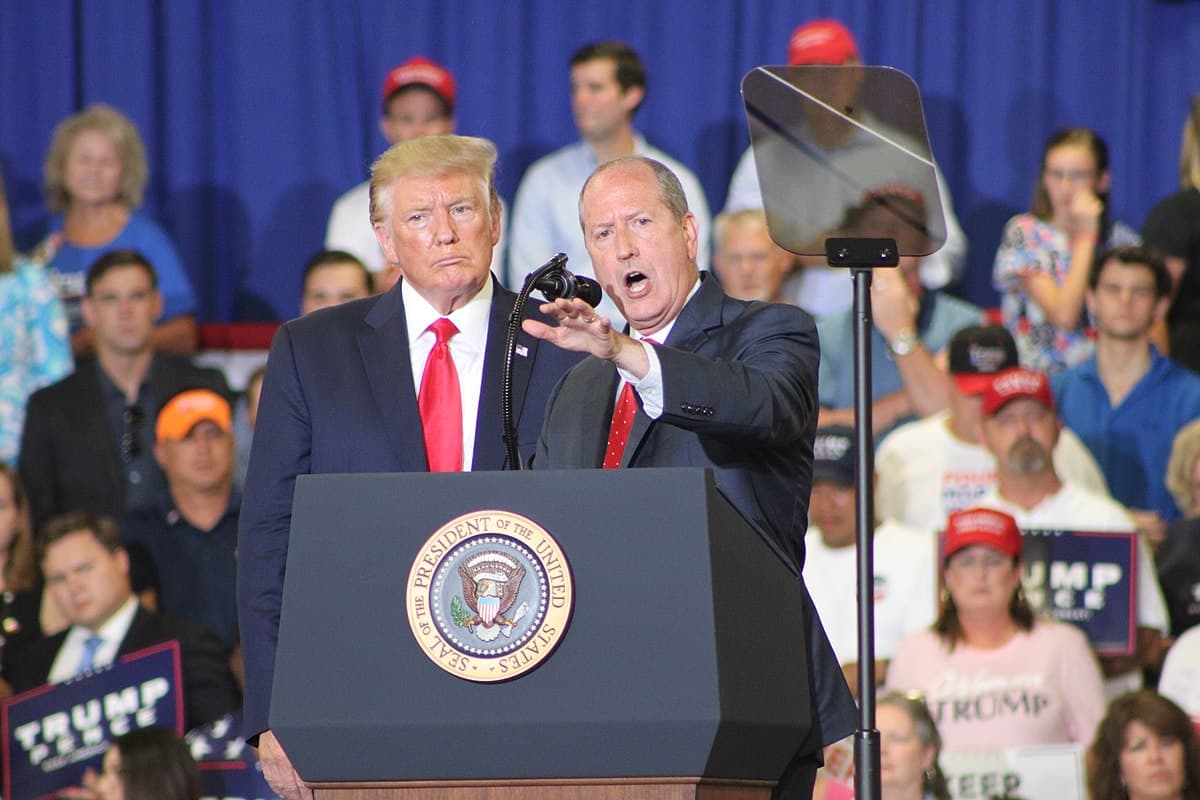 Man Behind North Carolina’s “Bathroom Bill” to be Congressman

The lead sponsor behind North Carolina’s infamous “bathroom bill,” Dan Bishop, will be a member of Congress after a narrow victory in a special district election, reported Out Magazine.

The Republican lawmaker defeated Democrat Dan McCready for North Carolina’s 9th Congressional District by just under two points (50.6 to 48.8 percent) after the 2018 election of Republican Mark Harris was nullified due to allegations of voter fraud. Harris stepped down, Bishop running in his place on a platform supporting Trump’s border wall, gun ownership, Christian values, and abortion bans.

As a state lawmaker, Bishop was a lead sponsor of HB 2, also known as the “bathroom bill,” which forced transgender people to use public facilities that corresponded with their assigned sex, not their gender identity. It passed during an emergency session of the legislature in March of 2016.

The passing of HB2 prompted broad backlash, with many national organizations and companies – like Cirque du Soleil – boycotting the state. Had the law lasted over the next decade, it would’ve lost North Carolina an estimated $3.76 billion. However, the law was struck down this July after a federal judge ruled trans and non-binary North Carolinians must be allowed to use the public restrooms of their choice.

This bill is not the only anti-LGBTQ mark on Bishop’s record. He co-sponsored the N.C. Religious Freedom Restoration Act, which would effectively legalize the discrimination of LGBTQ people by allowing it on the basis of religious freedom. Bishop also referred to transgender people using gender-congruent bathrooms as “the radical transgender agenda” in fundraising emails, according to the Charlotte Observer.