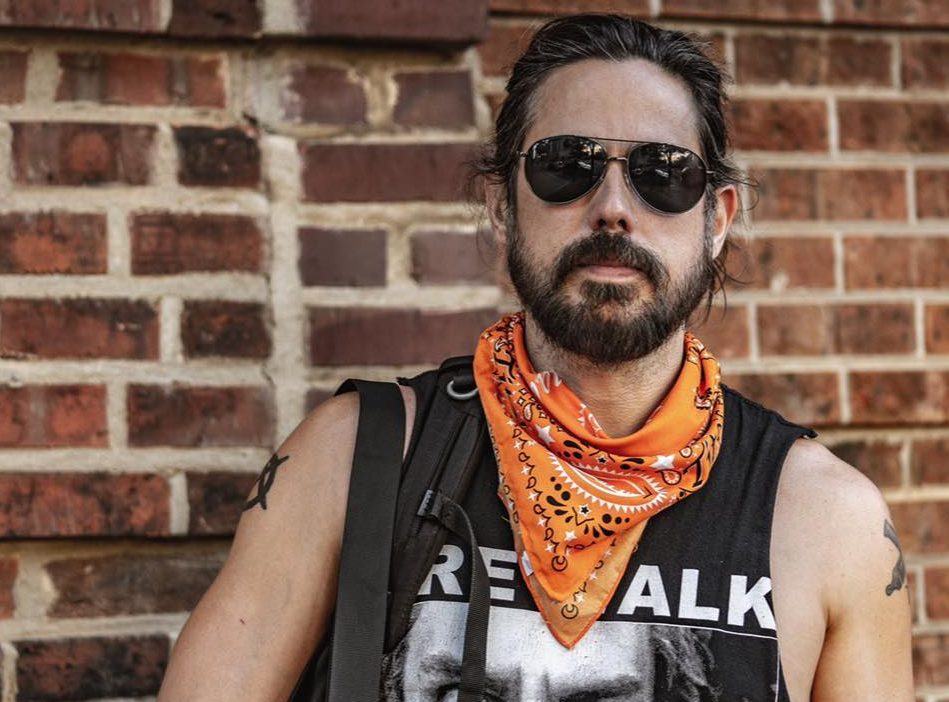 The owner of a queer bar in North Carolina was shot at by police for providing first aid to peaceful protestors, reported The News and Observer.

Tim Lemuel, the owner of Ruby Deluxe in Raleigh, North Carolina, was shot at by police while defending his bar and helping out protestors. On Sunday evening (May 31), Lemuel discovered that the bar had been vandalized; the glass doors had been broken, and a white supremacist symbol was spray painted on a window.

The next day, Lemuel and his staff showed up to protect the building from more damage as protests surrounding police brutality continued in the city. They also set up a first aid station in their parking lot to treat injured protestors and hand out water and snacks. The bar staff continued this aid for about seven hours before six police officers approached them.

In a video posted to Twitter, an officer can be heard yelling, “Move!” to Lemuel, to which he replies, “This is my business. I rent this place.”

The armed officers continued to approach when they yell, “You’ve been told. I don’t care where you go you gotta go!” Two shots were then fired, and an officer yells, “Move! The game is over. Get out!”

RALEIGH POLICE JUST FIRED FLASH BANGS AND LESS LETHAL ROUNDS AT MEDICS, INCLUDING THE OWNER OF RUBY’S DELUXE, A QUEER BAR WHERE THE MEDICS WERE STATIONED. pic.twitter.com/sGckVjRC1e

Jen Varani, one of Lemuel’s staffers helping out, told The News and Observer that the police’s reaction wasn’t instigated in any way.

“I could how, with everything that was going on, how things could be heightened and their goal to disperse crowds that are being destructive or being harmful, would be necessary,” Varani said. “But we weren’t chanting. We weren’t yelling. We weren’t gesturing to them. There was nothing that we were doing to instigate a response like that.”

Lemuel posted about the incident on Facebook on Tuesday (June 4).

“I walked away slowly because I am an air assault artillery vet of 8 years and I had my NBC mask on me. My companions ran for their lives, screaming,” he wrote. “They have never been fired upon. Whatever trust they had remaining for local law enforcement was lost during this incident. Not all volunteer medics are ready for that sort of thing, can we agree? Shouldn’t really need to be ready for the cops to shoot at you. Might I also add that these were queer folks, a marginalized group that already has to actively avoid being attacked just living their day to day lives.”

“I own a business,” the post continues. “I was there during normal operating hours. I was on my lot and kept my friends contained within the lot. We had been there for 7 hours. The deputy sheriffs could have, at any point, come over to see what we were doing or voiced their concern. This basically sums up the reason folks are mad. No thought what-so-ever what put into the decision to come at us guns blazing.”

Erica Curry, a spokesperson for the Wake County sheriff’s office, said in a statement that the officers used the unspecified weapons for “riot-related crime control.”

“We will say only that the strategy to use ‘less-lethal force’ was appropriate, for the safety of subjects. Once deputies urge the crowd to disperse several times and there is non-compliance, the next step is to disperse the crowd,” Curry explained.

However, according to The News and Observer, the force policy states that “no weapon, either deadly or less-than-lethal, will be used against any subject that is offering only passive or verbal resistance.”