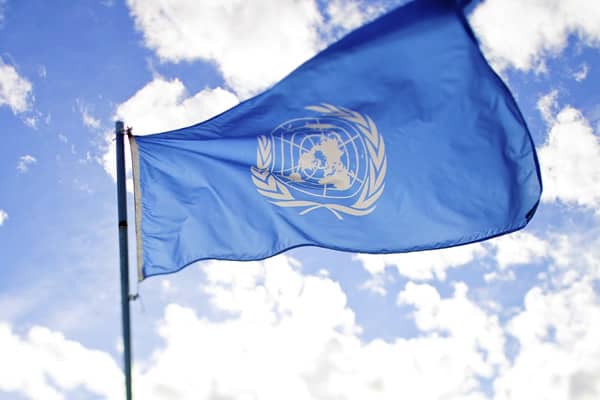 The State Department on Thursday denied a report that says the U.S. wants to remove transgender people from U.N. human rights documents.

The Guardian newspaper reported U.S. diplomats are “seeking to eliminate the word ‘gender’ from U.N. human rights documents, most often replacing it with ‘woman,’ apparently as part of the Trump administration’s campaign to define transgender people out of existence.”

The Guardian reported U.S. diplomats who attended recent U.N. meetings “have been pushing for the rewriting of General Assembly policy statements to remove what the administration argues is vague and politically correct language, reflecting what it sees as an ‘ideology’ of treating gender as an individual choice rather than an unchangeable biological fact.” The Guardian article also noted a proposal to replace “gender-based violence” with the phrase “violence against women” in a human trafficking proposal that Germany and Philippines introduced this month.

“In no way is the United States attempting to exclude the protection of transgendered persons, or protection of any person, in any U.N. resolution,” a State Department spokesperson told the Washington Blade.

“When certain parts of resolutions explicitly refer to issues affecting ‘women and girls,’ our negotiators have suggested in several instances to change ‘gender’ to ‘women’ and/or ‘women and girls’ to make the resolutions clearer, more specific, more accurate, and in our view, stronger in the administration’s efforts to empower women and girls,” added the spokesperson.

The Guardian published its article less than a week after the New York Times reported the Trump administration has proposed the removal of trans people from the definition of “sex” under federal civil rights law.

The U.S. in September 2017 voted against a U.N. Human Rights Council resolution that included a provision condemning the death penalty for those found guilty of committing consensual same-sex sexual acts. An American official told the Blade the U.S. supported language in the resolution “against the discriminatory use of the death penalty based on an individual’s sexual orientation or gender identity, while requesting changes to make the larger resolution in accordance with U.S. law” that says the death penalty is legal.

The U.S., along with France and Brazil, last fall successfully blocked efforts to remove a reference to discrimination that includes sexual orientation from an Olympics resolution at the U.N. Two openly gay men — Richard Grenell and Randy Berry — are currently U.S. ambassadors to Germany and Nepal respectively.

Activists in the U.S. and around the world nevertheless remain highly critical of the Trump administration’s overall domestic and foreign policy, which includes a 2017 executive order that restored a ban on federal funding of overseas groups that provide abortion and related information. The U.S. in June withdrew from the U.N. Human Rights Council.

“This administration is against discrimination of any kind and is committed to inclusive, non-discriminatory and integrated international development,” the State Department spokesperson told the Blade. “That commitment is driven by the understanding that discrimination can and does affect a broad and diverse range of people, including LGBTI persons.”